In the decades following Mr. Gurdjieff‘s death in 1949, a succession of partisans from other ‘teachings’ have claimed as their own either all or parts of the ancient teaching he brought. 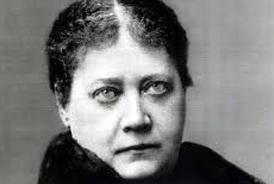 Others, drawn irresistibly to the teaching by its practicality and scale, have simply stolen parts of it in inventing their own teachings. All have disregarded and dismissed Gurdjieff‘s characterization of theteaching as being “…completely self-supporting and independent of other lines and it has been completely unknown up to the present time.”

In the late 1950s, Boris Mouravieff first began publishing in French three volumes in which he appropriated the early, pre-1923 version of the teaching recorded by Ouspensky and mixed in his own ideas about chivalry. Mouravieff purported to prove that the Work had its origins in the Eastern Orthodox Church, a cause later taken up by Jacob Needleman, perhaps rejuvenating Mouravieff’s followers enough to have created an English translation. In the 1960s, stepping into the vacuum created by the vacillation of John Godolphin Bennett, Idries Shah began a 20-year campaign to subsume the work under the rubric of Sufism.

Conversely, James Webb, in his study of the impact of the occult revival that began in the mid-nineteenth century and reached a crisis at the turn of the twentieth, placed the teaching in the context of the occult knowledge that had been rejected by the established culture of the West, and in particular by the Christian Church. Webb went on to link the Work with ancient esoteric Christianity, the Kabbalah, and Theosophy.

More recently, Peter Washington, a popscholar whose work is more widely read than Webb’s, sought to forge a link between Gurdjieff and Madame Blavatsky, the founder of Theosophy. Washington maligns Blavatsky as a talented, widely read charlatan who nevertheless managed, by catering to the spiritual malaise endemic in the rapidly industrializing Western nations, to foster the introduction of a great deal of Eastern spirituality, Buddhism in particular. After painting a cynically ugly portrait of Blavatsky, Washington tries to tar Gurdjieff with the same brush, relentlessly drawing comparisons between them and ignoring their differences.

Washington’s thesis has been taken up by K. Paul Johnson, in a book published under the imprimatur of the State University of New York. Whereas Washington derisively dismissed Gurdjieffas “an Armenian carpet dealer,” Johnson’s works are based on what seems more like objective scholarship. He compares points in Gurdjieff‘s teaching with Theosophy and tries to show that the Work is derivative. As we shall see, neither is as objective as they might appear at first reading. We are left then with two questions: is there is a relationship between Gurdjieff‘s teaching and Theosophy, and if so, what is it?

On September 13, 1875, in New York City, the Theosophical Society was founded by Helena Petrovna Blavatsky, Col. Henry Olcott, and William Quan Judge. About a month later, an inaugural address was delivered by Olcott to a handful of disillusioned Spiritualists. By the time Blavatsky died in 1891, there would be many thousands of members worldwide. Today, with its international headquarters in India, the society has branches in some 60 countries around the world.

From its beginnings, Spiritualism went hand in hand with Theosophy. Mme Blavatsky and Col. Olcott first met at a farm in Vermont, where both had gone to investigate a family exhibiting a variety of psychic phenomena including materializing spirits and levitation. Spiritualists believed in the continued existence of the dead who could communicate with them by means of mediums. Blavatsky herself practiced as a Spiritualist in New York City during the early years of the Society.

The Society’s charter expressed its divergent interests in three main goals: 1) the formation of a universal human brotherhood without distinction of race, creed, sex, caste, or color; 2) the encouragement of studies in comparative religion, philosophy and science; and 3) the investigation of unexplained laws of nature and the psychic powers latent in man.

The term theosophy was used for many centuries before Blavatsky and Olcott claimed it; it referred to any mystical philosophy which aimed at a knowledge of God. Wrote Blavatsky, “According to lexicographers, the term theosophia is composed of two Greek words—theos, ‘god,’ and sophos, ‘wise.'” A Theosophist, she said, “is one who gives you a theory of God or the works of God, which has not revelation, but an inspiration of his own for its basis. In this view every great thinker and philosopher, especially every founder of a new religion, school of philosophy, or sect, is necessarily a Theosophist. Hence, Theosophy and Theosophists have existed ever since the first glimmering of nascent thought made man seek instinctively for the means of expressing his own independent opinions….Theosophy is, then, the archaic Wisdom-Religion, the esoteric doctrine once known in every ancient country having claims to civilization.”

Blavatsky claimed that Theosophy distilled the universal, fundamental, seed religion that had been guarded for many thousands of years and that she had been chosen as a vehicle for its transmission by adepts called “mahatmas” or “masters” who were part of a “Brotherhood of the White Lodge.” Her two major works, Isis Unveiled (1877) and The Secret Doctrine (1888), were, she said, psychically dictated to her by the mahatmas. It incorporated elements of Christianity (although in both Ireland and England early Theosophy was aggressively anti-Christian), medieval and Renaissance occultism, the mystery religions of ancient Greece, Hinduism, and, in particular, Buddhism.

Theosophy, then, takes a logical, universalist point of view, recognizing that although an adherent of a particular way or religion may see it as being the religion, it is in fact one among many. Blavatsky’s books are mostly an assemblage of extracts and glosses from major world religious writings, which, along with her exegesis, she uses to make a primarily intellectual demonstration of this underlying unity of ideas. But if the underlying premise is true, a serious practitioner of a genuine religion will come to experience the unity and so would have no need of such an intellectual demonstration. Intellectually grasping the idea is in itself such a powerful, compelling experience that it too often leads to the ecstatic belief that the experience of unity has been touched when it has not. This belief, and its corresponding emotional appeal, is likely to keep the believer from ever moving beyond the intellectual experience, thereby keeping the person from progressing further. The danger is that these beliefs, especially when combined with drug use, will create, in Gurdjieff‘s terms, “imagination in higher emotional center.”