How to Use the Science of Mind

Pro: How to Use the Science of Mind by Ernest Holmes has a large focus on connecting with the Universal Power that resides within each individual. This keeps the book tuned toward increasing the reader’s belief in the power that they already possess to change their life. 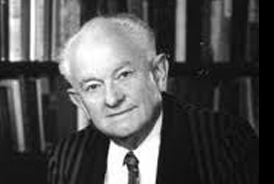 Con: The book is focused toward Science of Mind Practitioners and not the general reader. The language used in the treatments (affirmations) is beautiful but ethereal and less grounded than my self talk tends to be.

After reading this work by Ernest Holmes, I was motivated to increase my spiritual practice of meditation. He really drives home the message that we are spiritual beings and that all life is connected through Universal Energy. It is this connection that endows us with creative power as the Universe is ever expanding and creating through all life.

The caveat is that to create by choice, versus unconscious creation, one has to completely believe, without a single doubt, that their intention will manifest. Holmes stresses that this faith is vital to seeing results. It is counterproductive to say an affirmation and then doubt that anything will come of it. Once an affirmation is put out there, all thought of the situation should be released and replaced with faith that the Universal creative process has taken over and that it WILL manifest. Once our consciousness (belief/reality) is in line with our intention, it will show up.

The ability to have faith lies in a spiritual practice where an individual grows and strengthens their connection with God/Universal Power. When the connection is strong, the energy and power of creativity will be realized and trusted.

The book gives numerous examples of treatments (affirmations) that can be used to foster a myriad of beliefs. The language used is not quite grounded enough for my voice, but the ideas are solid and the concepts are good additions to affirmations one might already be working with.

The book does speak to Science of Mind

Practitioners directly. Practitioners are spiritual counselors associated with the philosophy of the Science of Mind. Hence, many times the phrasing and concepts are directed toward doing treatments (affirmations) for other people.