Inflammatory Foods: 9 Of The Worst Picks For Inflammation

By Sarah Klein:  While it doesn’t exactly make you feel warm and fuzzy, inflammation is the body’s totally healthy response to injury and infection, a way of defending ourselves by sending immune cells and key nutrients to the areas that need them most.

How do those fighter cells get there? Via increased blood flow, which in turn creates the redness, warmth, swelling and pain you likely associate with the word “inflammation.” Say you cut your finger, and notice it turns a little red. “That’s inflammation,” says Dee Sandquist, RD, CDE, an Academy of Nutrition and Dietetics Spokesperson. “It helps to heal your finger.”

But a small red cut that heals over time is entirely different from a state of chronicinflammation. This can be quite dangerous, in fact. When inflammation as an immune response is never “shut off,” so to speak, the constant production of immune cells can do permanent damage, leading to cancer, heart disease, arthritis andAlzheimer’s, among other health concerns. “When we don’t see the inflammation system switch off, we end up in a detrimental state,” says Julie Daniluk R.H.N., author of Meals That Heal Inflammation.

The causes of chronic inflammation can vary person to person, but include being overweight, experiencing lots of stress and even breathing polluted air, Women’s Health reported. Lifestyle choices, like smoking or lack of exercise, also play a role. “Sedentary lifestyle, lack of sleep — we have these repetitive insults that increase longer-term inflammation,” says Jessica Black, N.D., author of The Anti-Inflammatory Diet and Recipe Book.

The foods we choose to eat — or not to eat — can also affect inflammation. Getting your fair share of fruits, vegetables, whole grains, lean meat and omega-3 fatty acids — similar, yes, to the Mediterranean diet — has been suggested to have anti-inflammatory effects. “Diet can serve as a protective function,” says Sandquist. “When our bodies are best nourished, we’re able to heal quicker if we do cut our finger and maybe even prevent chronic inflammation.” It’s likely that no one food is to blame for causing inflammation, she says, but that your overall diet could contribute.

For now, anti-inflammatory diet guidelines are simply suggestions. More research is needed to truly understand the relationship between diet and inflammation and, in turn, disease, WebMD reported.

Still, there are some general ideas about what foods to avoid to keep inflammation and illness at bay. “There are foods that exaggerate inflammation because they themselves are irritants,” says Daniluk. Here are some of the worst offenders you might want to avoid. Let us know what we forgot in the comments. 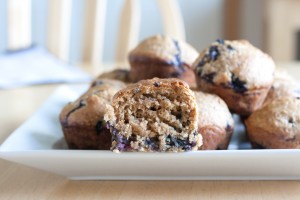 While processed foods are slowly but surely cutting back on trans fat, it’s still smart to investigate labels for hydrogenated or partially hydrogenated oils and leave those packages on the shelf. Trans fats can induce inflammation bydamaging the cells in the lining of blood vessels, according to the Mayo Clinic, part of the reason many companies are limiting use to begin with, says Sandquist. 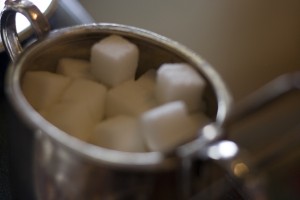 “Trans fats should be old news, sugar should be new news,” says Black, calling it the food item we most ignore when it comes to our health (although, that may be changing). “I don’t think our body was meant to break down as much sugar as we consume,” she says.

Too much sugar can alert the body to send out extra immunity messengers, called cytokines, Daniluk wrote for CNN. 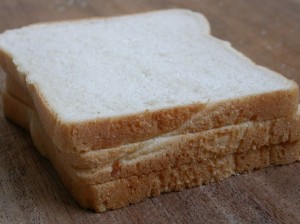 White breads are a telling example of inflammatory foods, says Daniluk. “They’ve been refined in a way that goes against nature, goes against what our bodies need,” she says. Processing away the nutritional properties of whole grains leaves “fast-digesting carbohydrates beyond empty calories,” she says, which irritate our bodies. 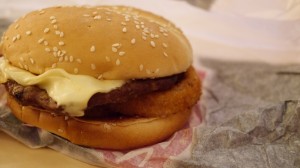 Animal fats have been linked to inflammation in a number of studies. One tracked how our beneficial gut bacteria change after eating saturated fats and found that “as the balance of species shift, it can trigger an immune response that results in inflammation and tissue damage,” Scientific American reported.

Saturated fats also contain a compound the body uses to create inflammation naturally calledarachidonic acid, according to U.S. News. Diets lower in this molecule have anti-inflammatory effects and have been shown to improve symptoms in rheumatoid arthritis patients.

The way you cook your meat could also be a factor, says Daniluk. Grilling it on high can result in inflammatory carcinogens, and a sugary marinade won’t do you any favors, either.

Keep in mind, the experts say, that some saturated fat is needed. Just be sure to consume in moderation. 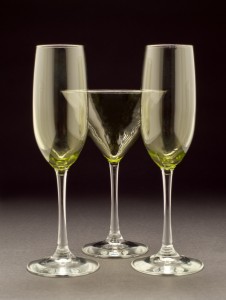 Alcohol is naturally irritating to our insides, says Daniluk, but shouldn’t cause lasting problems unless you overdo it.

With a few too many drinks, however, bacteria can more easily pass through the intestinal lining, leading to irritation and inflammation, according to U.S. News.

“It’s immediate sugar when it’s metabolized,” says Black, “so you have to weigh the benefits and drawbacks.” Small amounts of alcohol have been linked to lower risk of heart disease andAlzheimer’s, for example, “but if you get past a certain threshold, you stop getting the positive effect,” she says. 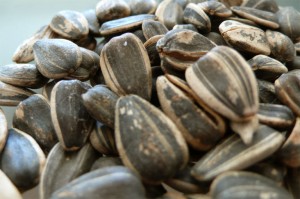 The average American gets more omega-6 fatty acids via diet than omega-3s, but this imbalance can lead to inflammation, according to U.S. News.

“We’re thirsty for omega 3s, which can turn off the inflammatory messengers,” says Daniluk. To quench that thirst, cut back on omega-6 heavy seeds and vegetable oils and add more fatty fish and walnuts. 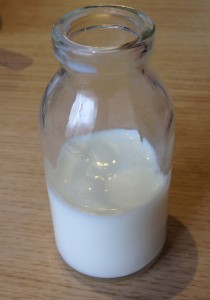 While moderate intake of low-fat dairy can actually guard against inflammation, whole milk or even two-percent is still high in saturated fat and could mean trouble. But a majority of adults have at least some difficulty digesting milk, so overdoing it could trigger a true inflammatory reaction, says Black. 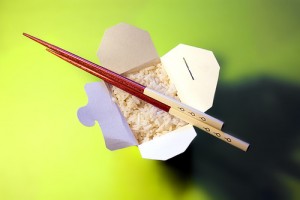 There’s some research in animals to suggest that the preservative and flavor enhancermonosodium glutamate can create inflammation. While few of MSG’s effects are understood in much depth, it may be best to avoid, the experts say. “We probably don’t really understand the mechanism behind MSG [causing inflammation],” says Black, “but it’s not a chemical your body is used to. It’s not like it’s a part of broccoli.” 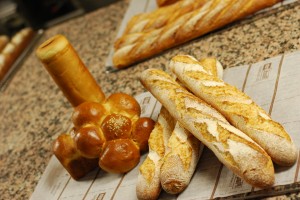 Even without a diagnosis of celiac disease, a number of people report feeling better after eliminating gluten from their diet. In fact, a full 30 percent of American adults are now actively avoiding gluten. Science is still largely inconclusive on what’s been called “gluten intolerance,” but Daniluk thinks sensitivity that leads to bloating or digestion changes could be an inflammatory response to gluten.