Ken Wilber on Eckhart Tolle’s The Power of Now

By Bill Harris: Centerpointe Research Institute excerpt of transcript of Ken Wilber on Eckhart Tolle’s The Power of Now 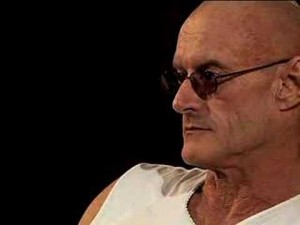 This is Bill Harris Director of Centerpointe Research Institute and I am here today with Ken Wilber, the founder of Integral Institute and I’ll let Ken tell you a little bit more about himself.

As you know, our purpose here is to help people understand at a much deeper level what Eckhart Tolle and Oprah have been sharing and some of the related ideas and practices that might come out of this.

So Ken, great to have you here.

Bill Harris: Yeah, so, you want to tell people, you know, since I suspect that a lot of the people that are listening may not be that familiar with who you are and what you do. You want to give a little, brief summary of that?

And so essentially what I did was take all of these different types of growth, types of awakening practices, types of psychotherapy, types of meditation and put them all on a table and tried to create, in a sense, a sort of a super map that included the essentials of all of them so that instead of, if you go to Zen, for example, which has some very powerful, very positive items about it, you don’t find anything about working with the unconscious or working with the shadow.

So we include the shadow plus Zen and not just one or the other and the same way with psychoanalysis. You’ll end up working with shadow material, personal, unconscious material, but very little work at all on transcendental or transpersonal or meditative awakening, deep spiritual concerns.

And so the general idea is that at the end of this, I’ve published some 25 books that have been translated into 34 languages, that the end of all of this, basically to come up with, what we call, just an integral framework or an integral map and this integral map has room for all of the various approaches around the world and it can, in fact, explain all of them.

The map itself has been used to explain over 50 human disciplines and created integral medicine, integral art, integral politics, integral educations, integral psychotherapy, integral spirituality and so on, and that map is also the foundation of a type of integral, spiritual practice.

So what we are doing when we look at what Eckhart is doing is recognize the positive stuff he has done.

There is room for it on this map. There is a place for it on this sort of super, holistic, cross-cultural map and we really applaud that and just delighted that Oprah is, you know, giving the time and attention to this aspect of awareness.

This aspect of awareness that is transcendental, that is timeless, that is focused on the pure present, the pure now moment, that all of the mystics maintain is the doorway to liberation and so it is fantastic that that’s being done and you and I want to talk about that I think.

So, it’s kind of, you know, a really well wishing and acknowledgment for what Eckhart and Oprah are doing and then also a little bit of supplementation on things that people can do in addition to what Eckhart is recommending and we have some places where they can go for that extra help and we’ll make that available as well.

Not including, of course, Holosync and Integral Institute itself.

Bill Harris: Yeah, you know, I think one of the things that the people in the general public who are learning about this through Oprah and Eckhart Tolle may not know, is that there is a quite extensive, I guess you could call it, subculture of people who have been involved in what he’s talking about for a long, long time and that there are many different schools of thought about it, many practices and a lot of people who are walking around in that same, that same state that Tolle is talking about.

And that one of the things that Integral Institute has done is bring a lot of those people together so that they know each other and that they are building on each other’s work and learning from each other and so on and so forth.

So, there are a lot of other tools and resources that are available to people and so one of the things we can do is make people more aware of those.

Ken Wilber: Well yes, that’s certainly true and probably the… I mean, Eckhart Tolle himself says that what he is doing is essentially a reestablishment of Eastern forms of meditation and in one sense that is certainly true, although we do find this is Western forms of contemplation as well, but essentially, paying attention to the timeless now, to the pure present and doing that as a gateway to liberation.

You find that essentially in the mystical schools of religion and spirituality around the world. You don’t find that, for example, in virtually any forms of psychiatry or psychotherapy in the West.

So, what we’re looking at, the West has come up with other forms of help for individuals and what an integral approach wants to do, of course, is combine the best of both of those so that you’re working with shadow material, which the West has specialized in- shadow material being unconscious, dissociated, repressed material that was once part of yourself, but that you split off and is causing symptoms, causing pain, causing suffering, causing uncomfortableness and there are some fairly simple techniques for reintegrating the shadow.

And so that’s one of the techniques that we certainly recommend in our…we have something called an Integral Life Practice Starter Kit, which is a basic kit that has all of these techniques from this integral map, and the shadow is one of them and we include body, mind, spirit, shadow, among other things.

Eckhart is working primarily with the spirit component and that’s the component that is ever present awareness, this pure now moment that is free of the past, free of the future, therefore free of guilt, free of anxiety and is the gateway, in spiritual terms, to really oneness with spirit itself.

But the number of people that are then working with just meditative components and not so much shadow work or trying to integrate that with Western developmental psychology is indeed sort of the entire panoply of the world’s mystical traditions and we find them in the East and we find it in the West.

We find it of course in Zen and Vedanta and Taoism and in the West we find it in Sufism and Neoplatonism and Kabbalah and certain forms of centering, prayer and Christianity and all of these are designed to take awareness beyond it’s ordinary, conventional, egoic orientation and open it to a radically vast, open, infinite super-conscious domain.

And by whatever name this super-conscious domain is called, whether it is called Brahman or Allah or Vishnu or Shina or Dharmakaya, that is a person’s true and fundamental and ultimate sort of identity and for the world’s great mystical traditions.

Not the world’s dogmatic or standard sort of mythic orientations, but the world’s contemplative, mystical practices.

The discovery of this awareness is the ultimate goal and aim of life and it is the aim of spirituality itself, of course.

And Eckhart made it pretty clear in his book, The Power of Now, that he had a spontaneous awakening to this super-conscious state, to this timeless, present moment and so that’s part of why he can speak with a great deal of authority about the state itself, but what he doesn’t emphasize enough is that for most people, it really does take practice.

Bill Harris: Absolutely. Well, you mentioned shadow and in case people that are listening, some of them aren’t quite sure what we mean by that, why don’t we kind of explain what shadow is and I know right before we started recording we were talking about the fact that this shadow material is one of the things that can kind of pull a person out of being in the present moment, out of this now space.

So, lets describe a little bit about what shadow is and some of the integral ways of dealing with it.

Ken Wilber: Right because what you start doing when you start paying attention to the now is that you realize fairly immediately that when you’re resting in the now, when you’re really just giving pure awareness to the pure present, most of life’s difficulties seem to evaporate.

At some point in the past, these became uncomfortable feelings and so, you know, in a typical sort of Freudian way, we push these out of awareness and we tend to project them onto other people.

The shadow is something that was formed yesterday and so it pulls you back into the past.

So, you’re going along and maybe you meet somebody that reminds you of your shadow elements and all of a sudden you reactivate the shadow and all of a sudden, you’re out of the now and that’s one very powerful thing that makes staying in the now difficult.

So, one of the ways that we want to work with that is in the integral life practice and Integral Life Practice Starter Kit that Integral Institute makes available, there’s an entire section on working with the shadow and that works with identifying shadow material and dialoguing with it and then identifying with it, reintegrating with it so that you take it back, make it part of yourself, integrate it and then can let it go and then literally transcend it and not have it be this source of pulling you out of the now all of the time.