Osho – A Sannyasin has to come out of the Mob Psychology

by Osho : The only courage that is worth calling courage is to get out of the fold of the mob psychology. We are born in a crowd; it cannot be avoided, it is natural. We grow up in a crowd, with the whole past of the crowd, and the crowd goes on loading every child with all its superstitions, stupidities. 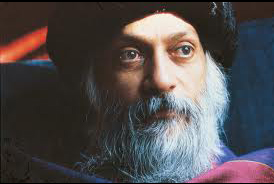 The crowd consists of blind people, because the buddhas are very few and far between. The crowd functions according to the tradition, because it has no insight of its own — it cannot have.

To grow one’s own insight, one needs to be deeply meditative, very alert and aware. The crowd lives a kind of sleepy, unconscious life; it makes no effort at awareness, it lives in a routine way — mechanical, robotlike. But unfortunately every child has to be in the hands of a certain crowd, and the crowd contaminates the mind of the child, it poisons his consciousness. By the time the child is old enough, strong enough, to stand on his own feet, it is too late. The poison has gone too deep. The crowd has become part of his inner world; it has penetrated as far as possible into his psyche. Hence I say the greatest courage in life is to throw the crowd out of your being.

If one lives according to the crowd one is bound to remain miserable, because the crowd is miserable. Its whole ideology is the root cause of its misery. Its past-orientation keeps it miserable. It has no passion, intensity, to live in the present. It lives in the nostalgia of the past which is no more. That is sheer foolishness, a waste of time. And the crowd thinks of a future according to its past, a future which is never going to be. Both are non-existential, the past is no more, the future not yet, and between these two non-existences the crowd is crushed. It remains empty, unfulfilled, hence the misery.

A sannyasin has to come out of the mob psychology and its grip. It makes you not a man. It deprives you of your humanity, it reduces you into a number — Hindu, Mohammedan, Christian, Buddhist — which are all replaceable. No individual is ever replaceable, but a Hindu can be replaced by another Hindu, a Christian can be replaced by another Christian. That’s why all these religions are interested that people should go on procreating as many children as possible. No religion is in favor of preventing the growing population of the world. The reason is simple, the people who are Christians today will soon be dead; if they stop reproducing children or they limit themselves, then who is going to replace them? Replacements are needed.

Now there are six hundred and fifty million Catholics in the world; if they all used contraceptives, birth control methods, abortion, then soon the Catholics would start disappearing — and numbers have power. It is a political game, they are interested in numbers.

Just contraceptives alone could do all the work. There is no need to do all this nonsense. But then the number of Catholics will be reduced. Hindus are against contraception, Mohammedans are also against it. The Mohammedans are far more advanced than the Catholics because they allow four wives to every man. Now this is very simple arithmetic.

Mohammed himself had nine wives, and of course, when the prophet has nine wives the disciples have to be allowed at least four — that becomes their birthright. And Mohammedans are not willing to stop this ugly institution of marrying four wives. Those wives are used like slaves, like factories to create children. But Mohammedans go on increasing their number.

The crowd is interested in numbers, it is not interested in individuals at all. It destroys the individual, reduces him into a commodity. A sannyasin has to assert his individuality, he has to pull himself out from all kinds of crowds. He has to assert that he is independent of all mob psychology, ideology, religion, church, state, nation.

Sannyas is a rebellion, and it needs courage; but the outcome is immense. Once you assert your individuality, once you are on your own, there is an explosion of bliss. Bliss is earned only by those who are courageous; cowards are bound to live in misery.