by Kathy Jo Hall: Carl R. Rogers is known as the father of client-centered therapy. Throughout his career he dedicated himself to humanistic psychology and is well known for his theory of personality development. He began developing his humanistic concept while working with abused children. 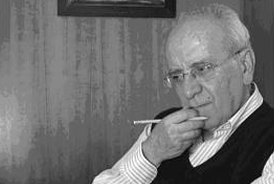 Rogers attempted to change the world of psychotherapy when he boldly claimed that psychoanalytic, experimental, and behavioral therapists were preventing their clients from ever reaching self-realization and self-growth due to their authoritive analysis. He argued that therapists should allow patients to discover the solution for themselves. Rogers received wide acclaim for his theory and was awarded various high honors . Through Rogers extensive efforts in expressing his theory of personality through the publishing of books and lectures he gained a lot of attention and followers as well as those who strongly disagree with his theory of personality development.

Rogers is a leading figure within psychotherapy and developed a breaking theory of personality development. This theory developed as a result of Rogers frustration with the authoritive analysis that therapists were imposing upon their patients. He is well known for his emphasis on personal awareness and allowing clients to have increasing flexibility in determining the treatment. Rogers believed that it was important for the individual to learn to understand himself and make independent choices that are significant in understanding the problem.

Rogers horizons began to expand when he encountered the Freudian psychoanalytic climate of the Institute for Child Guidance where he diagnosed and treated children. However, he began to question the standard methodologies and procedures of psychology due to the fact that he obtained better results upon simply listening and allowing his patient to determine the rate of treatment. In his book On Becoming a Person he stated that “Unless I had a need to demonstrate my own cleverness and learning, I would do better to rely upon the client for the direction of movement.”

Rogers has authored over a hundred publications explaining his theory of personality development. He received various awards and recognitions for his contributions to the world of psychology. He was given the Nicholas Murray Butler Silver Medal from Columbia University in 1955. A special contribution award from the American Psychological Association in 1956 for his research in psychotherapy. A distinguished professional contribution award in 1972 from the American Psychological Association and a distinguished professional psychologist award from the Division of Psychotherapy. Throughout the rest of his career, he received numerous amounts of other prestige awards. Sadly, in 1987 Carl Rogers died of a heart attack in San Diego, California.

Theory of Personality Development Rogers’ therapy was an extension of his theory of personality development and was known as client-centered therapy, since the basis of the therapy was designed around the client. According to Rogers each person has within them the inherent tendency to continue to grow and develop. As a result of this the individual’s self-esteem and self-actualization is continually influenced. This development can only be achieved through what Rogers refers to as “unconditional positive regard.”

In order for an individual to experience total self-actualization the therapist must express complete acceptance of the patient. Roger’s found that this was best achieved through the method of “reflection”, in which the therapist continually restates what the “patient” has said in an attempt to show complete acceptance and to allow the patient to recognize any negative feelings that they may be feeling. Throughout the counseling session the therapist may make small interruptive remarks in order to help identify certain factors. For the most part the “patient” is allowed to direct the course of the session.

Rogers began to use the expression “client” instead of “patient” due to the fact that the individuals that he was counseling did need help but not within the same regard that a medically ill person does. These individuals do not need to completely surrender themselves to a medical expert although they do need help. Today throughout the field of psychology it is a worldwide practice to address the individual as a client instead of a patient.

Eventually throughout its development Rogers theory began to be known as “people-centered” due to its expansion beyond psychotherapy to such areas as education, marriage, leadership, parent-child relationships, and the development of professional standards. Within each branch that Rogers theory expanded to there were several basic elements that were applied to each. They were as follows :

1. The individual comes for help. This is the most significant step within the steps of therapy. The individual has taken it upon himself to take the first step for help even if he does not recognize this as the reason he’s there.

2. The helping situation is defined. The client is made aware that the counselor does not have the answers, but that with assistance he can , work out his own solutions to his problems.

5. When the individual’s negative feelings have been expressed they are followed by expressions of positive impulses which make for growth.

6. The counselor accepts and recognizes the positive feelings in the same manner as the negative feelings.

7. There is insight, understanding of the self, and acceptance of the self along with possible courses of actions . This is the next important aspect because it allows for new levels.

8. Then comes the step of positive action along with the decreasing the need for help.

Examples of his Theory
Rogers has published many books in which he cites many different sessions with various patients in order to trace their steps through client-centered therapy. In order to better understand the methodology of Rogers therapy let us view the different stages of one specific case.

The element of defining the helping situation can be demonstrated in the case of a mother, Mrs. L, and her ten-year-old son, Jim. This mother and her son had gone to a clinic due to the mothers steady complaints of her son. After two diagnostic contacts to assess the situation, the mother was asked if she and her son would like to work through this problem. Somewhat fearful the mother did agree to come in for the first session with a therapist. The counselor then makes it Mrs. L task to provide the atmosphere to discuss problems and draw conclusions. However, the counselor doesn’t imply in anyway that Mrs. L has to provide answers. This helps Mrs. L to feel free to bring up new aspects of the problem.

The element of free expression can also be illustrated in the case Mrs. L, and her ten- year- old son, Jim. During the first hour of the session the mother spent a full half-hour telling with intense feeling example after example of Jim’s bad behavior. She tells of arguments with his sister, his refusal to dress himself, annoying tendencies such as humming at the table, bad behavior in school, and his refusal to help at home. Each one of her comments is highly critical of her son. Throughout the mothers talking the counselor makes no attempt to persuade the mother in feeling any other way about her son. Next, the son engages in play -therapy in which Jim makes a clay image and identifies it as his father. There is a great deal of dramatic play in which the boy shows his struggle in getting his father out of bed and the fathers resistance. Throughout this Jim knocks the clay figurines head off and crushes the body while shouting frantically. In both occurrences with the mother and her son the counselor allows the feelings to flow and does not try to block or alter them.

Another aspect of the therapy is that of positive action. Here once insight is achieved the actions that are taken are suited to the new insight that is gained. Thus, once Mrs. L has achieved a better emotional understanding of the relationship between herself and her son she is able to transfer that insight into actions which show the depth of her insight. She plans on giving Jim special affection, helping him to be more mature, and avoiding making the younger sister jealous. If such behavior had been suggested to her after the diagnosis of the case, she would have either rejected the suggestion or carried it out in a way that would almost certainly fail. Since it grew out of her own insight, she will be able to become a successful, mature mother.

The methodology of Rogers theory proved to be very successful within the case of Mrs. L and her son. This approach has helped millions of people since Rogers first developed it.