Earl Nightingale, the co-founder of Nightingale-Conant Corporation, has been at the forefront of the motivation and success field for almost 40 years. He has read everything from Zane Grey and Napoleon Hill to George Santayana and Ralph Waldo Emerson. 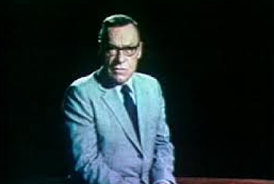 His early life was propelled by the books he read, while his young adulthood centered around his personal search for the psychological and intellectual secrets of success. During his 66 years he has seen disappointment (His father walked out one day leaving Earl’s mother with three young sons when Earl was no more than 11.); tragedy (Earl joined the Marine Corps and was nearly blown to bits at his station on the top of the main mast on the battleship Arizona when it was bombed by the Japanese during their surprise attack on Pearl Harbor.); and hardship (His first years in radio trying to find sponsors for his motivational show was a difficult uphill climb.).

In this exclusive interview with Personal Selling Power, Earl Nightingale, radio star, author, entrepreneur/businessman and motivator to a nation, discusses his views on success and disappointment, and tells PSP readers what miracles the mind can work…if only we can unlock its untold powers. Earl’s latest book, Earl Nightingale’s Greatest Discovery has just been released by Dodd, Mead & Company Inc., NY.

PSP: Do you think it is possible to trace the origins of your success to specific educational experiences or books that you have read – books that have really helped you?

Earl Nightingale: No. You know education is a like a fine painting which has thousands of little dabs of paint, none of which you are particularly aware of but which in total comprise the finished work. A person with an ongoing education has been touched and dabbed by so many great authors and great lines, great poetry, the great philosophies of the world.

PSP: Do you remember when you first felt inspired by the thirst for knowledge?

Earl Nightingale: I knew when I was 12 years old that I wanted to become a writer and that I wanted to find the secret of success which spelled the difference between men and women who are successful in life and those who are not. I was looking for the answer to that question from the time I first began read.

PSP: At one time you sold advertising for your own radio program. How did you go about doing that?

Earl Nightingale: Well, I started calling on the agencies in Chicago and telling them about my program and the fact that I could sell their products for them. I was very sincere and I was very eager but I was very young and inexperienced and of course, since I didn’t have a track record, no one would try my program.

PSP: Do you remember what kept you going on those early sales calls?

Earl Nightingale: Yes. I had one great thing working for me: I just wouldn’t give up. I kept telling myself to stay with it. I would say to myself, “You can make this, what you are doing is right. You have a good program, you can sell products on that show, you have a good audience and you are 100% dedicated to it and it will come, just stay with it.” I used to keep telling myself that even though the pickings were very slim at that time, I would ultimately succeed.

PSP: When did your break come?

Earl Nightingale: There was an audition for Sky King, which was an adventure program for children. I won the star part and that helped me survive while I was building my own radio program. At the same time, when I was 29, 1 was reading Think and Grow Rich by Napoleon Hill. I came across six words that made a big difference in my life, “We become what we think about.” When I saw that, I sat up. All of a sudden, all the lights went on and I said “That’s it. That is what I have been reading over and over again.” That is what Buddha meant when he said, “As the wheel follows the ox behind, we will become what our thoughts have made of us.” I realized that every great philosopher had said much the same thing in different words. I had read “As ye believe, so shall it be done unto you.” In so many different ways I had been reading that great line over and over again. It just revolutionized my life and from that time on I have had very few problems.

PSP: How do you propose that we learn how to manage our own minds?

Earl Nightingale: The first thing we have to do is to learn how to think. We are not taught how to think in school and most people do not think very much, if at all. We are taught in school to remember things and yet the highest function a human being is capable of is to think. That is the highest function, that is the only thing we can do that creatures in the field can’t do.

PSP: So part of the science of thinking is to pull things into focus, to write things down and make choices.

PSP: How would you apply this to selling?

Earl Nightingale: I approach sales from a slightly different standpoint and that is one of service. Not “How can I sell him my product?” but “How can I best serve this person?”

PSP: Do you feel that selling is a satisfying or an easy job?

Earl Nightingale: I don’t think that any work that is important to a person is easy. It’s not easy to write a book or a daily radio program. It is not easy to raise chickens if you do it well. Nothing worthwhile is easy but we develop a facility and if our basic fundamentals are right, we are going to be right. Selling has often been confused with intimidation or putting something over on somebody and of course it shouldn’t be looked at that way. Of course, we are all salesmen, you know, one way or another. I’m selling ideas all the time, I’m selling education and I get very enthusiastic about that. I think you will be a very good salesman for whatever you find of great interest and you can get enthusiastic about.

PSP: How did you teach your salespeople to do that?

Earl Nightingale: I studied the books at that time. Since I owned an insurance agency, I read all the books on selling. So I talked about what I had read in those books.

PSP: What are the qualities that you suggest a good salesperson should have, or acquire and develop?

Earl Nightingale: I imagine they would be the same qualities that I would want anyone to develop in his life: integrity is the first…

PSP: How do you define integrity?

Earl Nightingale: Being absolutely true. Being truthful under all circumstances. Tell the truth and build a reputation for integrity.

PSP: What are other qualities that a professional should have in selling?

PSP: How about self-motivation? Sometimes it is really difficult for salespeople to get going.

Earl Nightingale: Human beings are subject to moods. Sometimes they don’t feel very good, sometimes they feel a little down. I feel down from time to time and I have to reach up and pull a book off the shelf and get myself charged up again. Fortunately, I have two great sources of motivation. One is my wife Diana who is just marvelous at that kind of thing. I just can’t really stay down very long living around her. The other, of course, is my fabulous library. I have so many great thinkers, and you can’t read these people without getting a little excited about everything in the world.

PSP: How about the fear of rejection? Have you experienced that in your past?

Earl Nightingale: When I was selling life insurance, I experienced the fear of rejection, initially, going in. But I quickly got over that. When I go on an interview with a talk show host, let’s say, I never know what attitude he or she is going to take. He might take an adversarial attitude or something. Because I really believe in what I am talking about and I am completely dedicated to it, I think I can hold my own with anybody in that field.

PSP: What is your recommendation for dealing with disappointment?

Earl Nightingale: Well, it’s difficult to handle disappointment, but I think that a well-adjusted person realizes that it is part of living and to take a big deep breath and start out again. Maybe rest a little bit before you get going again.

PSP: In your book, Earl Nightingale’s Greatest Discovery, you write about succeeding and suffering. Could you share those thoughts with us?

PSP: Can you tell me, from your own experience, in which way have you suffered and in which way that has translated into success?

Earl Nightingale: My early years were pretty tough, as were the war years. I have done my share of suffering. I have had a number of physical problems that I have had to be overcome. I had a heart valve replaced, but long before that I had two brain tumors removed and I have had both shoulders and hips replaced because of arthritis. I am familiar with pain. We are like old friends. However, I look at it this way. We have been granted a short time and we don’t understand that life is a mystery. It doesn’t bother me, mysteries don’t bother me. Some people can’t stand mysteries, they want answers for everything. I can live with a mystery. We came from a mystery and we are going to go into a mystery and I think that is beautiful and wonderful. We know there is something there and I tend to believe that it is going to be great. I want to do the best I can with this life and then if there is another one, I will do the best I can with that one.

PSP: How do you view disappointment in life?

Earl Nightingale: I have had a lot of disappointments, but you know they have usually led on to other successes, to additional successes. I know that there have been times when I thought, “I’m terribly sorry that this is happening but I realize that maybe I’m being led to another slightly different direction in order to achieve these things that I want to achieve.”

PSP: How do you view success?

Earl Nightingale: Success doesn’t come in a big flash. It comes from a result of steady daily work over a long period of time.

PSP: What is your measure of success?

Earl Nightingale: That we be in the driver’s seats of our lives.

PSP: What three things do you suggest that people do to be successful?

Earl Nightingale: First, that they find the right work. Second, do the things they most enjoy doing. Third, set exciting and worthwhile goals that will mean a great deal to you when you achieve them, whatever they happen to be.