by Ananda Giri: Has the world really become a better place, or is it only an exaggerated point of view of the optimist. I do believe that the new information revolution has caused a radical change in the way we think and act. 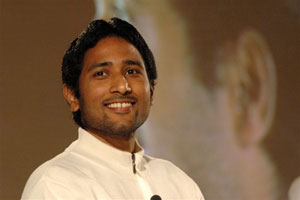 I saw a clear transformation in my own ways of thinking since the advancement of the information age, and I know I’m not the only one. With such proximity to the world around you, it is almost impossible not to develop new bonds and friendships. One’s will has to and must be influenced. Humans are social beings, it is by way of influencing and being influenced that we advance ourselves as a species. Trying not to be influenced in a world that is developing and enhancing together is a near impossibility. However, in living a life of awareness one can choose one’s influences at least for the most part and be more constructive than destructive.

When I traveled out of my homeland for the first time it was on a three month visit to the Americas. The trip was centered on the US for doing a series of short lectures and weekend seminars. I eventually ended up traveling for almost two years starting in May ‘96 thru June ‘98. I met a diverse group of people on these trips and returned home with a wealth of new experiences. A community development project under the guidance of the founder of One World Academy kept me from furthering my travels. The project was popularly known amongst our friends as the 100 villages project. The idea of the project was to help create a happy individual. My teacher believed that happiness is the true index for development. I spent most of my next six years with the people of these villages: eating, playing cricket, watching movies, and meditating with them. Living amidst the rural people of India for this long a period caused considerable perceptual and emotional shifts in me.

After the project completed, I resumed my travels by giving spiritual talks and seminars across the World. I met people from all over with varying background and experiences, and I also reconnected with some of the people I had met with six years ago. The experience of meeting with them after a long time felt different. There was something strikingly different about them. They had changed but it was not the normal gradual change that happens to all of us with passage of time. It was a more radical one. I had to be sure that I was not just imagining all this, and so I had to question myself in order to bring more objectivity to my perceptions. What was so new about these men and women that I didn’t observe earlier?

A clear transformation was evident. The transformation not just among the few I had known, but also the world around me felt a lot different. I had to inquire in to the nature of this transformation. Is it possible that the world had shifted so much in such a short period of time?  Or was it my own growth in the last six years that influenced my perception of the world? The shift I experience was a result of transformation at both the macro and micro levels. What is so characteristic about this shift? I can try explaining this shift only in respect to the observation I had made in the lives of those few men and women I had met with some six years earlier.

Most of these men and women I refer to are like you and I who are concerned about the well being of their family and friends. Six years later it was as if their self had expanded to include more. Living merely for the well being of their immediate environment didn’t seem satisfying enough. They longed to do more, wanted to serve a cause much larger than themselves. A passion to contribute had arisen, contribution that was not bound by the limitations of religion, race, creed or nationality. Issues not pertaining to their personal lives had now become their own issues. Troubles concerning the different peoples of the world were now their own problems, they worried about them and prayed and hoped for their solution. This is awakening of a new kind. The new world citizen was born. This was the new transformation I was observing where people had become less national and more global. People who earlier did not care much about what happened in the rest of the globe were now disturbed by the poverty in Africa, conflicts in the Middle East, suppression in the communist China, ecological imbalances, endangered species and so on. Now they cared to do something about it.

A couple of decades ago, we had very few men and women on our planet who would think and act like true world leaders. One could not say that there were no good leaders in the past, but they mostly concerned themselves with the well being of particular nation, religion, cause or a particular community. While this act is quite noble in itself, it still lacks the broadness required to manifest the world of our dreams, “A ONE HAPPY WORLD”. We need leaders whose thinking is not merely restricted to the progress and prosperity of a particular nation but whose actions include the wellbeing of our planet at large. Do we have such leaders today? And yes today we have plenty of them: namely, ten year olds, housewives, professionals, entrepreneurs, politicians, spiritual teachers, students, environmentalists, North Americans, South Americans, Asians, Africans, Australians, Europeans, indigenous populations, all of whom can think and act like leaders. This new era is for the global person and does not belong to the separatist. We have more global citizens on our planet today compared to any other period of human history.

Who could have masterminded such a profound transformation? And if you say that it has to be the work of god then the Internet is that new miracle of god. The Internet must be our universe’s way of furthering itself. It really does not matter what reason and meaning we attribute to this shift. This shift is radical and I believe is for a greater good. One really doesn’t need to speculate over the impact the Internet has had on our lives, barring the few negatives that are a part of any invention, it has transformed the way we think and respond. Even a ten year old from the comfort of his own study with just a click on his/her iPad or iPod can instantly experience the pain, pleasure, thrill, fear, and conflict of people across the planet. Almost instantaneously you can connect with anybody and anywhere. You connect with their emotions, their views, their knowledge, their desires and their passions. This experience is not limited by time and space
either. To put it in a nutshell, you become the other person. With one small click on your PC or Mac you could become the world you lived in. Truly magical, isn’t it?  Having witnessed the magic of Internet in the lives of so many, mine included, how could I not believe that this is an act of divinity.  As this and many other conscious technologies
flourish we may see the end of the idea of a separate individual and the dawn of a new age of oneness.

How comfortable are we with these changing social structures influenced by this exponentially growing information technology? It certainly has transformed the way we relate to ourselves and to this world. Relationships have acquired a new meaning and dimension. Our previously held concepts about life, god, purpose, family and death are
being challenged. Many wonder if this progress is a good thing or a mistake gone out of control. We hear some of us complaining about alienation in human relationships. Is this actually true or is it that the idea of a family and relationship is being redefined. Is it really a wise thing to fight these emerging new social structures or should we let go of the attachment to our previously held ideologies and embrace the new? Perhaps, there is a greater love and freedom in the new. How would we know the truth of the new unless we are willing to more objectively look into our old habits and the fear of having to let go of something that provided us much comfort in the past. Why is this change so threatening?

Traditionally speaking, our idea of a family is a father, a mother, children, grand parents, some friends, and a few next door neighbors. You are probably a group of twenty people who belonged to each other. As parents we felt that our children were always in our sight and that they entirely belonged to us. We were very sure about
their love for us. As parents we liked believing that they loved us more than anyone or anything in this World. How have these relationships changed with the onset of this new Information Age?.

With the advancement in information technology, the group is no longer limited to just ten or twenty people. Our children now have friends in far corners of the earth transcending every form of division, whether it be religious, cultural, national and/or racial. Their boundaries have been pushed far beyond, from one’s immediate neighborhoods to far corners of this planet. It is possible that we may be feeling that we have lost our children especially when we find them Facebook chatting with a friend that they have never even met previously. As parents it is sometimes scary to think that our children may share the same love and care for someone on a distant continent like they did for us. We may have to face the uncomfortable truth that we no longer own them and that their love does not entirely belong to us either. We might end up feeling that we have lost our children and even develop some kind of animosity towards this new technology that we believe is responsible for alienating our children from us. In some cases what we believed may be true and in most other cases probably not.

Should we not be appreciative of this new generation of children who believe they belonged to this world more than they belonged to any one particular person or family?
Should we not support their new ways of thinking? Should we not encourage their new modes of acting that is more inclusive than exclusive? Should we not embrace this new breed of world citizens who think and act like true world leaders? As parents shouldn’t we be proud for having nurtured such remarkable people? For us to understand their new ways of thinking and acting, it is essential that we let go of our attachment to our old ways and be open to the new.

This is a brand new world with brand new perceptions. Whether we seek to find comfort by holding on to our old views or find a new freedom by embracing the new is a choice we all have. You have to make your choice and there is no right or wrong choice.