by Buckminster Fuller: Inventors are among the few people on this planet who have the ability to change life for all of us. When this ability is combined with a true love of mankind’s and the planet’s future, it is truly a sign of a great soul. 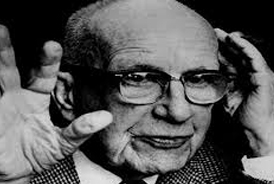 Richard Buckminster Fuller, inventor, engineer, architect, mathematician, designer, poet, and philosopher was a great soul and visionary who believed technology could save the World from itself, providing it was properly used.

In 1927, ‘Bucky’ Fuller had little reason to be optimistic about the future. The year found Bucky jobless and broke with a wife and newborn daughter Alegra, to support. His first daughter Alexandra had died four years previous and Buckminster Fuller was still living in mourning. He had attempted suicide and was drinking heavily. In the darkness of that year, Buckminster Fuller went through a spiritual rebirth that changed the course of his life. He decided to dedicate his life to finding out how much difference one man could make in the world.

Renouncing personal and financial gain, Buckminster Fuller entered two years of seclusion to begin in his own words: “the search for the principles governing the universe and help advance the evolution of humanity in accordance with them… finding ways of doing more with less to the end that all people everywhere can have more and more”

From 1927 on, Buckminster Fuller considered his life a living-experiment; he even gave himself the nickname ‘Guinea Pig B‘ to denote his new life-purpose.

Buckminster Fuller left his two-year seclusion with a new word on his lips ‘Dymaxion’, a contraction of the words ‘dynamic’, ‘maximum’ and ‘ion’ that to him represented resource-efficient and self-sustaining technologies. Under the Dymaxion ideal, Fuller developed a series of inventions from lightweight homes, streamlined cars to the geodesic dome.

After 1947, the geodesic dome dominated Buckminster Fuller’s life and career. Lightweight, cost-effective and easy to assemble, geodesic domes enclose more space without intrusive supporting columns than any other structure, efficiently distribute stress, and can withstand extremely harsh conditions. Based on Fuller’s “synergetic geometry,” his lifelong exploration of nature’s principles of design, the geodesic dome was the result of his revolutionary discoveries about balancing compression and tension forces in building. Fuller applied for a patent for the geodesic dome in 1951 and received it in 1954.

Continue > The Dymaxion Line of Inventions

Beyond the invention of the geodesic dome lay Buckminster Fuller’s principles of synergetics.