Yoga is an Indian Heritage, Not a Hindu Property 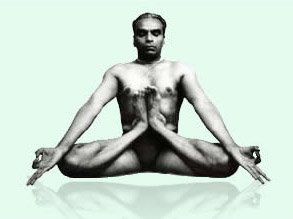 You are being seen less and less on the international circuit. How did you agree to lead a yoga summit in China on such a large scale?

The government of India was keen to showcase yoga in China as a part of its celebration of the 60 years of friendship between the two countries. I am not keen to travel and teach abroad anymore but this is a significant summit because the two nations have cultural ties that go back thousands of years. So I agreed. It would have been tough to handle hundreds of yoga students on my own, so I asked to be allowed to take a team of senior teachers who would assist me. Slowly this team grew from one to 14 and included senior Iyengar teachers from other countries as well. And I believe that the numbers of those enrolled are growing by the day. I see the numbers at around 800 by the time I get there in June.

What exactly will be the agenda of your teaching sessions at Beijing? Will it be aimed only at senior practitioners or novices as well?

I believe that there are a large number of yoga practitioners in China today. So it is not as if the subject is not known to them. But my emphasis will be on exactly how it should be propagated. For both those who know nothing about the subject as well as those who understand its real depth, this summit is going to be an eye-opener. I mean to show them how to start from scratch and aim for the ultimate. Asana and pranayama are all perceivable aspects of yoga practice, but there are other layers which are not that obvious. These connect yoga to our life, our spiritual and moral health. Few talk about these aspects anymore — how yoga forms the link between the physical plane and the spiritual, how it moves from the periphery to the highest philosophical levels bringing balance to the mind…I think the responsibility is mine to show how you move from the body to the mind to the intelligence and finally to the consciousness and psychospiritual body. And it is a huge responsibility.

China has its own ancient, indigenous practices similar to yoga, such as Tai Chi, that makes similar connections. Do you see a link in these systems?

Certainly. It will be easy to connect with the Chinese on these issues. They have for centuries been practicing physical regimens that have spiritual connections. For example, they have the concept of yin and yang which is parallel to what we call ida (consciousness) and pingala (self). We have several Chinese yoga students in India and Iyengar yoga teachers have been in China for a while now. So we have had an exchange of ideas between the two worlds. I look forward to the discussions with their masters.

You were the first to take yoga to the West where you have a vast following today. But do you find iteasier to explain its philosophy in the East?

I find that the East absorbs the yogic philosophy far better. Yoga is an emotional subject actually and the in the West they calculate from the head. On the other hand, the East banks on the intelligence of the heart. They are both strong in their own spheres. But I find that nations which are geographically centred in the world map — such as Russia and Africa — have the best of both approaches. They use the head as well as their heart to their advantage. Yoga teaches us to move from Kurukshetra to dharmakshetra and god knows that we need fewer Kurukshetras today!

There was a heated debate in the media over the Take Back Yoga movement started by the Hindu American Foundation in the US. Its stated intent is to reclaim the place of Hinduism in yoga. Do you subscribe to this?

Yoga is an Indian heritage, not a Hindu property. Patanjali’s Yoga Sutra, which forms the basis of the system, addresses all humanity not just Hindus. Just because yogis did not travel as widely as they do today does not imply that the practice belonged to one community or place. Patanjali calls yoga sarva bhauma, a universal culture. And yoga is an individual’s evolutionary journey as a sadhaka (seeker) from the body to the self. Where is the room for doubt here?

The argument against the Take Back Yoga movement is also that yoga asanas find little mention in ancient Hindu texts, that most of them are modern inventions that go back just two centuries.

Life is dynamic and so is yoga. If I have an inquisitive mind why can’t I research yoga like the sciences and come up with my interpretation? As yoga practitioners, we investigate how we can oxygenate the cells of the body so they don’t die. The subject is so deep and dense that no matter how much we do we end up just scratching the surface. So why then should the study of yoga remain static? According to ancient texts, there are as many asanas as there are creatures in the world. If you ask where are they all listed, I say that as a nation that has been culturally disturbed time and again by invaders, we have lost a lot in the process.

Does it bother you that yoga is being marketed purely as a fitness regimen?

The fact is that yoga is open to interpretation. For instance, Patanjali talks of sexual yoga and if someone decides to reduce yoga to just that what can one do? I can’t blame people for exploiting its open-endedness. After all, in the 1950s when I was in the West trying to propagate yoga it would not have helped if I carried on about spiritualism and philosophy. So I connected with them in whatever way I could — by showing them the physical prowess that yoga brings. I lived only on bread and coffee those days, because there was hardly any vegetarian food available. They saw me teaching eight-nine hours a day on this diet and saw that I still had the strength to throw them over — so I had to stress on physicality. It was only after a decade that I slowly started talking about the intellect and the mind and consciousness. They were ready for it by then. So you see the market-driven yoga industry evolving into something more deep one day?

Yoga is being exploited and that is giving it a bad name. But, the spokes of the wheel go down and then they have to come up, don’t they? (laughs) It can’t get any worse so it has to get better.  Today anyone can be called a yogacharya but people will see light someday, look for true gurus.

There is talk of you retiring from active practice and this being your last international trip.

I have said that yes, but if I can still help those who are seeking knowledge, why not? I have been taking some classes for women because my daughter (Geeta) has not been keeping too well. So all applicants for yoga courses now ask for the days when I take the classes! I believe that at 93 I am still fresh in the subject. But yes, I don’t want to travel any more. The burden of expectations is too much on these trips and I don’t know how to just sit on the stage and watch.

You are grooming your granddaughter Abhijata as the inheritor of your legacy.

I see her as the perpetuator of this parampara. She catches on fast and I am teaching her how to keep the foundation stable so that the body can deal with any crisis without suffering. When I train her, there are 30-40 other students around so she becomes a tool to teach all of them as well! There are many changes happening around us in the world and she will have to deal with this different world in the coming decades. The computer age has changed our lives but it will also cause the body to degenerate faster from the inside. She will have to impart the knowledge of how to use yoga to stop this decay and bring balance back to our lives.