The Influence of Timothy Leary on Re-Imprinting

by Robert Dilts: I first came in contact with Timothy Leary in 1982 when he was touring the United States debating his nemesis Gordon Liddy (notorious for his participation in the Watergate scandal and cover up). 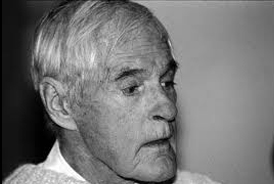 As a young assistant district attorney, Liddy had gained distinction by being the first person to arrest Leary (although the charges were dropped after what Liddy had thought was marijuana turned out to be a potted house plant). Leary and Liddy debated one another about various social and moral topics, ranging from gun control to individual rights.

Liddy, who had a background as a lawyer and a district attorney, had quite a few debating skills which, added to the change in sentiment brought about by the beginning of Reagan era, presented quite a challenge to Leary. Leary found himself struggling and doing poorly, even in very liberal oriented cities such as Berkeley. A supporter of Leary’s gave me a tape of one of the debates. After listening to the tape I made a few comments to Leary relating to Liddy’s use of a set of linguistic patterns I had been developing called ‘Sleight of Mouth’. To my surprise, Leary immediately made use of this information in his next debates, changing his style of communication and turning the tide of the debates in his favor.

Impressed with his ability to learn and incorporate relatively sophisticated NLP patterns I agreed to meet Timothy, who was interested in learning more about NLP as a result of his successes. Rather than being a burned out ‘sixties drug guru’, I found Leary to be engaging, witty and profoundly intelligent. We found many areas of common interest and triggered off many insights in each other (which Leary measured in ‘RPM’ – “revelations per minute”). I even introduced him to personal computers.

As a result of our interactions and discussions, we decided to do a series of seminars on levels of intelligence, and what we were calling ‘psychocartography’. It was as a result of this work with Leary that the technique of ‘re-imprinting’ emerged.

The notion of “imprinting” comes largely from the work of Nobel laureate Konrad Lorenz. He found out that when ducklings first hatched, for about a day or so, they would look for a ‘mother-figure.’ The ducklings searched for only one particular sub-modality to define their mother. All the mother had to do was to move. If something moved the ducklings would follow it. They would follow Lorenz around while he was walking, for instance.

After a day or so the duckling would have completed its ‘imprint’ of the mother. After the imprint period was up, if you brought back the real mother they would ignore her completely, choosing instead to follow the individual or object to which they had been imprinted. So, when Lorenz got up in the morning, instead of being out in their nest, the ducklings that had been following him would be all curled up on the porch around his wading boots.

It is important to realize that one can acknowledge another person’s point of view without having to agree with that person, i.e. it is different to say “I understand that you have this perspective”, than to say, “I agree with you”. Saying, “I appreciate your concern”, or “That is an important question” is a way to acknowledge the person or their intention without necessarily implying that their map of the world is the right one.

They even imprinted one of these ducklings to a balloon. They pulled it around and the duckling followed it. When this duckling that was imprinted to a balloon became an adult, it wouldn’t court or mate with members of its own species. Instead it would go through all its courtship behavior with round objects. The implication of this is that early imprints influence subsequent psycho-sexual behavior. When the duckling grew up, the imprint of the mother also transferred into the imprint for a mate.

Lorenz and his colleagues believed that imprints were established at certain neurological critical periods, and that once the critical period had past that whatever had been ‘imprinted’ was permanent and not subject to change. Leary believed that, similar to other animals, imprints formed in human beings at various chronological stages that effected specific aspects of the intellectual and emotional development of the individual in later life. Leary identified several significant developmental critical periods in human beings. Imprints established during these periods established core beliefs that shaped the personality and intelligence of the individual. The primary critical periods involved the establishment of imprints determining beliefs about 1) biological survival, 2) emotional attachments and well-being, 3) intellectual dexterity, 4) social role, 5) aesthetic appreciation and 6) meta cognition or the awareness of ones own thought processes. Thus, health problems might stem back to core beliefs and programs established during the biological survival critical period, while phobias would have their roots in the emotional well-being period, whereas learning handicaps would derive from imprints formed during the critical period involving intellectual dexterity, and so on.

Leary contended, however, that the human nervous system was more sophisticated than that of ducklings and other animals and established that under the proper conditions, content that had been imprinted at earlier critical periods could be accessed and reprogrammed, or “re-imprinted.” Leary considered imprints to be associated with certain biochemical states, and believed that if the state could be reaccessed through drugs (such as LSD) a person could be ‘re-imprinted’ and substitute new experiences for those which had originally been associated during the initial imprinting period.

Leary became interested in NLP and hypnosis as other methods to change imprints that avoided the uncertainties and ecological problems of LSD.

As a result of Leary’s ideas, I gained a new appreciation for the significance of people’s personal history. I realized that some traumatic episodes experienced by clients were more than simply bad memories. They were belief and identity forming “imprints” involving significant others (if your mother is a duck, for instance, it says a lot about you as well). These experiences were not simply memories of events, but involved key relationships and critical developmental periods. These experiences formed the cornerstones of a person’s personality and thus required a different approach to influence in an adequate and lasting way. The NLP technique of Reimprinting evolved from these realizations.

While our work had diverged in recent years, Timothy and I kept in touch through mutual friends and acquaintances. I last saw him at the end of April, a month or so before his death. While his body was clearly deteriorating, I found his mind and his humor to be as sharp as ever.

I shall always remember Timothy for his warmth, his wit and his love of life and learning.