“We know that the moment of greatest danger to a society is when it comes near realizing its most cherished dreams.” – Eric Hoffer

by Ed Kaitz: From its origins in Athens some 2,500 years ago, it has been obvious to some astute observers that democracy, like all other forms of government, carries with it a certain type of energy. 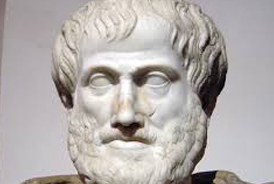 Barack Obama rode this unique democratic energy into the White House over a year ago. He called it a “righteous wind” and promised something rather vague that he called “change.”

To many otherwise innocent American voters, “change” likely meant the change from Bush-era recession to a vibrant new Obama-era prosperity. But when candidate and President Obama began stirring up class warfare against Wall Street, bankers, insurance companies, and the “rich,” my instincts led me to Aristotle, who saw and wrote about various populist “demagogues” and their effect on democratic society many times during his lifetime in Athens.
Aristotle’s observations are both sobering and chilling. He watched and recorded with scientific detachment the rise and fall of dozens of creatively organized city-states in ancient Greece. His keen empirical eye evaluated close to 160 different types of constitutions. In other words, Aristotle did his scholarly work each day in a living, breathing political Petri dish of inestimable value to both ancient and modern political philosophers.
For over a year, my copy of Aristotle’s great work Politics has lain open at the beginning of Book Five — as if Aristotle is imploring me once again to review a rather painful series of claims about just where Barack Obama and the Democrats might be taking America. Simply put, a righteous wind unshackled in a democracy will change our way of life beyond recognition. Trust Aristotle — he’s seen this before.
Aristotle’s main purpose in Book Five is to identify the “causes of factional conflict and constitutional change.” He’s interested in how constitutions that start out one way change into something different. In other words, Aristotle wants to know the causes of constitutional change in order to discover the secrets of constitutional preservation: “It is clear, to begin with, that to know the causes which destroy constitutions is also to know the causes which ensure their preservation.”
Following Aristotle through this section is both enlightening and, in light of the many socialists who populate the modern Democratic Party, exceedingly disturbing. For the remaining conservatives in both political parties who believe in “conserving” our brilliant Constitution, however, Aristotle provides us with some rather priceless knowledge in this regard.
First, Aristotle recognizes that “tyranny grows out of the most immature type of democracy.” An immature democracy is one in which demagogues and other politicians fail to recognize the direction “to which [democracy] tends.” This is a critical point that Aristotle devotes much energy investigating.
Democracies, says Aristotle, tend to be pulled in one direction: toward a vilification of everything involving merit, hierarchy, inequality, proportion, and worth. For Aristotle, this type of democratic “energy” actually begins at birth: “People are prone to think that the fact of their all being equally free-born means that they are all absolutely equal.”
The duty of a mature legislator and statesman, says Aristotle, is to spend much of his time pulling his country in the opposite direction from where the righteous wind tends to blow in a democracy. That means blocking legislation that undermines the ability of talented, qualified, and hardworking individuals to receive the benefit of their exertions in due proportion.
On the other hand, the easiest thing for a demagogue to do in a democracy is to sweep up the populace with rhetoric about what people are owed in life simply because they are equally born. For the demagogue, the easiest targets are those individuals who have achieved a higher and wealthier position in society through their own efforts. But the mature statesman must recognize this and refrain from igniting democratic energy with rhetoric about redistributing wealth:

In democracies the rich should be spared. Not only should their estates be safe from the threat of redistribution: the produce of the estates should be equally secure; and the practice of sharing it out, which has insensibly developed under some constitutions, should not be allowed.

Targeting the rich and meritorious divides society and threatens to uproot the very people who place a drag on democracy’s excessive egalitarian energy:

Demagogues are always dividing the city into two, and waging war against the rich. Their proper policy is the very reverse: they should always profess to be speaking in defense of the rich.

By defending the rich, the statesman establishes much-needed ballast against the tendency in democracy to introduce “radical legislation” and “systems of equal ownership” that invariably make it a “worse constitution.” And although for Aristotle the marrow in a democracy is its stable, productive, and virtuous middle class, the rich must survive as well if the constitution is to survive.
Second, Aristotle argues that without term limits, demagogues have a much better chance of harming the constitution:

Those who hold office with a short tenure can hardly do as much harm as those who have a long tenure; and it is long possession of office which leads to the rise of tyrannies in oligarchies and democracies. Those who make a bid for tyranny are either the [demagogues] or else the holders of the main offices who have held them for a long period.

One need only mention one name as an example in this regard: Nancy Pelosi.
Third, Aristotle regards the “education of the citizens in the spirit of their constitution” as the greatest of all measures for ensuring the stability of the regime:

There is no advantage in the best of laws, even when they are sanctioned by general civic consent, if the citizens themselves have not been attuned, by force of habit and the influence of teaching, to the right constitutional temper.

In other words, if the academic environment in a democracy betrays hostility toward its founding philosophy, then the citizens at some point will need to brace themselves for a major constitutional transformation. While guest-lecturing to a senior class of business and economics majors at a local college recently, I was surprised to learn that no one in the class of thirty-five had ever read the Federalist Papers, John Locke, or even Adam Smith.
About forty years ago, Ayn Rand watched as student radicals began “establishing ideological beachheads” on college campuses “for a full-scale advance of all the statist-collectivist forces against the remnants of capitalism in America.” Their mission — “ideological control of America’s universities” — was reinforced by cowardice and compromise among the conservative faculty and administrators. Echoing Aristotle, Rand observed:

If the universities — the supposed citadels of reason, knowledge, scholarship, civilization — can be made to surrender to the rule of brute force, the rest of the country is cooked.

Fourth, Aristotle made the interesting observation that when your enemies are “close at hand,” you have an equally good chance of preserving your constitution as when your enemies are far away. He says that when the defenders of a constitution are anxious about their more proximate enemies, they tend to watch over their constitution “like sentinels on night-duty.”
Ronald Reagan left office a hero among most conservatives in 1988 for his “victory” over the forces of international socialism. A mere twenty years later, we have the most hard-left, socialist-leaning political faction in American history reshaping the nation at will. I think that what Aristotle is saying here is that had Reagan and other conservative politicians spent more time “creating anxieties” about the legions of hard leftists in our own backyard, then we’d have a better chance of preserving individual freedom and limited government today.
Finally, Aristotle argues that there are three qualifications necessary for those who wish to serve in government: loyalty to the established constitution, a high degree of capacity for the duties of the office, and goodness of character and justice in the particular form which suits the nature of “[the] constitution.”
Back in 2001, Barack Obama noted that during the fight for civil rights, the Warren Court didn’t “break free from the essential constraints that were placed by the Founding Fathers in the Constitution.” The Warren Court, in other words, interpreted the Constitution the same way in which the Founders did — as a document that assigns negative, not positive liberties to state and federal government. In Obama’s words:

It’s difficult to say how many present-day Democrat politicians embrace the “negative liberty” wishes of our brilliant Founding Fathers. Without this “loyalty” to the spirit of limited government, their chances of having the kind of character that embraces self-reliance, competition, and initiative are quite slim. And without these two essential qualifications, Aristotle’s third requirement seems moot: “a high degree of capacity for the duties of the office.”
Looking back over the last forty or fifty years in America, it seems quite obvious that we have been failing to heed Aristotle’s warning. In short, with an unshackled righteous wind behind it, our democracy approaches the dangerous moment Eric Hoffer warned us about: “near realizing its most cherished dreams.”
Alexis de Tocqueville warned that although democratic communities “have a natural taste for freedom,” their passion for equality is “ardent, insatiable, incessant, and invincible.” And nothing, says Tocqueville, can compete with a force of that magnitude:

All men and all powers seeking to cope with this irresistible passion will be overthrown and destroyed by it.  In our age freedom cannot be established without it, and despotism itself cannot reign without its support.

If Americans fail this November to send packing the growing number of congressional Democrats with a statist-collectivist vision for America, then the country, as Ayn Rand predicted years ago, may well be cooked.
on “Aristotle’s Warning“