Principles From “How to Win Friends and Influence People.”

Biography: Dale Carnegie was born in 1888 in Missouri and was educated at Warrensburg State Teachers College. As a salesman and aspiring actor, he traveled to New York and began teaching communication classes to adults at the YMCA. In 1912, the world famous Carnegie Course was born. He authored several best-sellers, including, “How to win Friends and Influence people”, and “How to stop worrying and start living.” 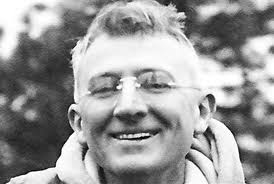 Over 50 million copies of Mr. Carnegie’s books have been printed and published in 38 languages. Mr. Carnegie was a prominent lecturer of his day and a sought-after counselor to world leaders. He wrote newspaper columns and had his own daily radio show. Dale Carnegie founded what is today a worldwide network of over 3,000 instructors and offices in more than 70 countries.

BECOME A FRIENDLIER PERSON
1. Don’t criticize, condemn or complain.
2. Give honest, sincere appreciation.
3. Arouse in the other person an eager want.
4. Become genuinely interested in other people.
5. Smile.
6. Remember that a person’s name is to that person the most important sound in any language.
7. Be a good listener. Encourage others to talk about themselves.
8. Talk in terms of the other person’s interest.
9. Make the other person feel important – and do so sincerely.
10 The only way to get the best of an argument is to
avoid it.

BE A LEADER
21. Throw down a challenge.
22. Begin with praise and honest appreciation.
23. Call attention to people’s mistakes indirectly.
24. Talk about your own mistakes before criticizing the other person.
25. Ask questions instead of giving direct orders.
26. Let the other person save face.
27. Praise the slightest and every improvement. Be “lavish in your praise.”
28. Give the other person a fine reputation to live up to.
29. Use encouragement. Make the fault seem easy to correct.
30. Make the other person happy about doing the thing you suggest.