SpaceShipTwo: Persistence to the Point of Success Peter H. Diamandis

by Peter H. Diamandis:  On Sunday night, April 28, I landed my Cirrus SR22 at the Mojave Air & Space Port in 40 mph gusting winds. It was the hairiest landing I’ve ever done. There’s a reason that the Mojave hillsides are filled with thousands of windmills: It’s a very windy place. That is, with one exception — the early morning, pre-dawn hours. During that magical period the winds are calm and it’s a great place to launch spaceships. 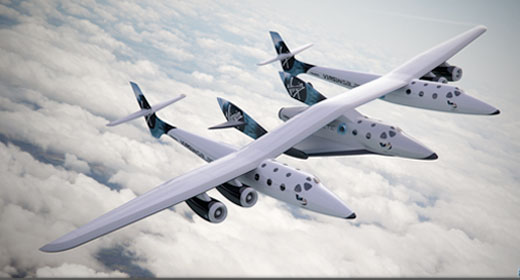 At 5 a.m. on April 29, I woke up and had breakfast with George Whitesides, the CEO of Virgin Galactic, and Richard Branson, chairman of the Virgin Group. This morning was the day that SpaceShipTwo, successor to the Ansari X PRIZE-winning SpaceShipOne, would conduct its first rocket-powered flight. This flight would be perhaps the most dangerous in the test sequence and definitely the most important in determining when true commercial spaceflights for you and me would eventually start.

At 7 a.m. sharp, SpaceShipTwo (known as VSS Enterprise) and its carrier aircraft, WhiteKnightTwo, took off from the Mojave runway and climbed for nearly an hour to an altitude of 50,000 feet, at which point the spaceship’s pilot, Mark Stucky, triggered the release of SS2 from WhiteKightTwo, followed seconds later by the ignition of the world’s largest hybrid rocket motor. In a matter of seconds, VSS Enterprise passed the speed of sound, achieving Mach 1.2 and producing an audible sonic boom. After a perfect 16-second rocket firing, the motor shut down and the spacecraft became a glider, returning back for a perfect landing at Mojave Air & Space Port.

Many of you may know Peter’s Laws. Law #14 says, “Patience is a virtue, but persistence to the point of success is a blessing.” In today’s society, many entrepreneurs are looking for a quick buck, a quick flip and a quick success. This blog is a reminder to all of us that sometimes doing something big and bold takes patience, hard work and most definitely persistence to the point of success.

For those of you who know my personal stories, the X PRIZE was founded in 1994 (announced in 1996) and wasn’t won until a decade later in 2004. Zero Gravity Corporation was likewise started in May 1993 and didn’t have its first commercial flight until September 2004. What I call “an overnight success after 11 years of hard work.”

I want to simply point out that Virgin Galactic’s efforts to commercialize SpaceShipTwo (starting in 2004 on the heels of the Ansari X PRIZE) similarly have taken nine years to get to this point. Kudos to Richard, George Whitesides and the investors at Aabar for maintaining their commitment during this past decade and not wavering.

The lesson here is the following: Sometimes you have crazy dreams, and your persistence in those crazy dreams is what makes them materialize. Others may not believe in you but you must believe in yourself and you must work hard. I want to emphasize that if you think big and bold, and are willing to commit to your dream over the long term, dreams do come true. You can, in fact launch your boldest expectations and make them real. 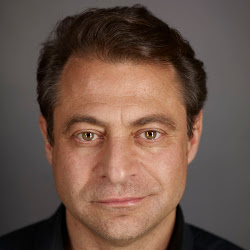 NOTE: As always, I would love your help in co-creating BOLD, and will happily acknowledge you as a “contributing author” for your input. Please share with me (and the community) in the comments below what you specifically found most interesting, what you disagree with and any similar stories or examples that reinforce this blog that I might use as examples in writing BOLD. Thank you!