A review of the long-awaited book on Adlerian Psychotherapy for the modern reader by Eva Dreikurs Ferguson. 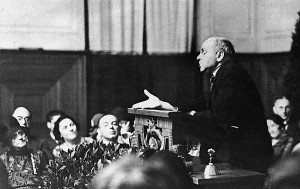 Alfred Adler’s name is familiar to most introductory psychology students. However, their knowledge typically comes from small textbook paragraphs in connection with Freud, Adler’s name being a kind of post script to psychoanalysis. Occasionally students associate “birth order” with Adler’s name. When undergraduate majors and graduate students learn more about Adler, often that entails misinformation. At one time, the European and American public had knowledge of this famous psychiatrist, who was a staunch advocate for the welfare of children and for women’s rights. Today, the public as well as modern psychologists and psychiatrists have little awareness of Adler’s massive contribution, nor do they know that Adler’s theory and methods are widely applied and practiced today.

Many professional psychologists think Adlerian psychology was practiced only in the early part of the 20th century. They do not know of the worldwide Adlerian activities in the 21st century. Readers of Adlerian Therapy: Theory and Practice will now have the opportunity to learn that Adler’s approach is at the forefront of contemporary psychology, in clinical practice, as well as in the fields of developmental, educational, and social psychology. The cognitive-social-dynamic theory of Adler, widely promulgated by his younger colleague, Rudolf Dreikurs, was many years ahead of its time (Ferguson, 2001) and, as a result, is now congruent with many facets of contemporary psychology.

By 1937, when Adler died, his methods and ideas were known and practiced in many countries. Today they are actively applied in the fields of education (Dreikurs, Cassel, & Ferguson, 2004) and parenting (Dreikurs & Soltz, 2005), as well as in psychotherapy and counseling (Grunwald & McAbee, 1998). It was Adler, in the 1920s, who first placed pivotal importance on “the need to belong” (Ferguson, 1989). This is a prominent concept in modern social psychology, usually discussed without reference to its origin in Adler’s work. Social and clinical psychologists now have the opportunity to have a better understanding of the richness of Adlerian theory and practice. The American Psychological Association is to be commended for publication of Adlerian Therapy, a book that promises to bring to light many of the potent ideas and methods that are part of contemporary Adlerian psychology.

Jon Carlson, Richard E. Watts, and Michael Maniacci clearly describe the way contemporary Adlerian psychotherapy is practiced. Two of the authors received doctoral training in the Adlerian institute founded by Rudolf Dreikurs, and their mentors, Bernard Shulman and Harold Mosak, were long-time colleagues of Dreikurs. The book Adlerian Therapy describes many of the key concepts  and methods developed by Adler. Emphasis is properly placed on Adler’s psychoeducational approach, the importance of “social interest” (also known as “community feeling”) and the need to belong and to contribute to the human community, the key motivational dynamics of goals, the importance of beliefs and cognitions in both healthy and pathological functioning, and lifestyle as the core of personality.

Readers will appreciate the clear exposition of how categories of the Diagnostic and Statistical Manual of Mental Disorders (4th ed., text rev.; DSM-IV-TR; American Psychiatric Association, 2000) can be translated in functional and dynamic ways. Whereas the DSM-IV-TR for clinical diagnoses has a medical and largely nondynamic foundation, and Adler’s approach to diagnosis and psychotherapy is in terms of dynamic and educational processes, contemporary clinicians will find it useful that the book gives examples of how a functional perspective is possible when using the DSM-IV-TR in diagnoses.

Readers will also benefit from the examples that show how lifestyle can be analyzed, how family constellation and family dynamics play a key role in the adult’s personality and symptoms, how brief therapy fits the Adlerian model, and how therapy can help individuals alter pathological beliefs and goals. The importance of social interest and community feeling for effective functioning is clearly described, and therapists will be able to follow why social psychological concepts are so prominent in Adlerian therapy. The authors highlight the importance of cognitive processes throughout the book while properly integrating the dynamics of goals with cognitions. Adlerian psychotherapy is, indeed, a cognitive therapy, but it differs from other cognitive approaches in its emphasis on motivation and on the pivotal role of goals. One cannot understand behavior, motivation,   and emotion without appreciating the overarching importance of goals (Ferguson, 2000), and the authors ably bring this perspective forward in their writing.

They show the subjective aspect of Adler’s approach, and how individuals make choices and decisions in their adaptation to life’s demands. They properly integrate the concept of Adler’s “tasks of life,” with healthily functioning individuals having close friends, maintaining deep love relationships, and doing effective work that contributes to society. They describe the therapeutic relationship as one of cooperation, and they show the necessity for the therapist to provide encouragement. It is important to note that they lead the reader to understand the optimism inherent in Adler’s theory and practice. If choices and decisions in early life can create pathology in adulthood, then with new insights, the adult can make new choices and decisions and set new goals. This “soft determinism” characteristic of Adler’s theory is expressed well in the book, as is the fact that Adler’s psychotherapy is eminently congruent with the emphasis today on positive psychology.

What Can Adlerian Theory and Practice Bring to Contemporary Psychologists?

Thus, much of psychology has placed major importance on either structure or biology. In contrast, Adlerian theory and practice places importance on function and psychosocial processes. The Gestalt principles of holism and the importance of context on mind and behavior are not a major theme in the history of psychology, in spite of attempts like those of Tolman to integrate cognition with the dynamics of motivation and the pivotal role of context. It is easier to think of dynamics in biological terms, as Freud did, or to think of environmental influences in mechanistic terms or in molecular ways that are characteristic of associationistic theories, than to explain mind and behavior in relativistic, holistic, and socially adaptive ways as does Adlerian theory and practice.

The authors of Adlerian Therapy have in many respects preserved the holistic, contextual, psychosocial, and dynamic aspects of Adlerian theory and practice. They have given case material that shows the importance of context, such as the life situation that triggers pathological functioning in a previously “healthy functioning” individual. That is, for a given lifestyle, when circumstances are benign and support the personality with its goals and beliefs, an individual can function well, but when a crisis situation occurs and new beliefs and goals are called for so that the person can meet the demands of life, the person may experience extreme stress and adopt pathological methods of coping. This contextual aspect of Adlerian theory and practice is brought forth well in the book. The authors also show the holistic aspect of Adlerian concepts and methods by excellent descriptions of both top- down and bottom-up processes.

That is, organ deficiencies or biological weaknesses (bottom- up processes) are shown to play a role while the impact of social beliefs and goals for finding one’s place in the human community (top-down processes) are ably described in their power to change a person’s bodily functioning. The authors bring out well the Adlerian concept that “biology is not destiny,” and they ably show that our social-personal beliefs can change our physiology and chemistry as much as the latter can influence the former. In this way, the book contributes to a broadening perspective for all psychologists, and the psychosocial holism of Adler’s theory and practice is easy to follow in the book.