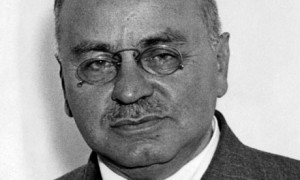 Example of Teaching
“It is easier to fight for one’s principles than to live up to them.”

What Life Could Mean to You: The Psychology of Personal Development

Understanding Life: An Introduction to the Psychology of Alfred Adler

Alfred Adler (February 7, 1870– May 28, 1937) was an Austrian medical doctor, psychologist and founder of the school of Individual Psychology. In collaboration with Sigmund Freud, Adler was among the co-founders of the psychoanalytic movement as a core member of the Vienna Psychoanalytic Society. He was the first major figure to break away from psychoanalysis to form an independent school of psychotherapy and personality theory. Alfred Adler considered human beings as an individual whole, therefore he called his psychology “Individual Psychology”.

Following Adler’s break from Freud, he enjoyed considerable success and celebrity in building an independent school of psychotherapy and a unique personality theory. During the early 1900’s, Adler began addressing such crucial and contemporary issues as equality, parent education, the influence of birth order, life style, and the holism of individuals. Adler believed that we all have one basic desire and goal: to belong and to feel significant. He also stressed the need to understand individuals within their social context.

Adler traveled and lectured for a period of 25 years promoting his socially oriented approach. He developed the first holistic theory of personality, psychopathology, and psychotherapy that was intimately connected to a humanistic philosophy of living. Adler’s efforts were halted by World War I, during which he served as a doctor with the Austrian Army.

After the war, his influence increased greatly. In the 1930s, he established a number of child guidance clinics. From 1921 onwards, he was a frequent lecturer in Europe and the United States, becoming a visiting professor at Columbia University in 1927. His clinical treatment methods for adults were aimed at uncovering the hidden purpose of symptoms using the therapeutic functions of insight and meaning.

What Birth Order Can Predict About You

The Individual Psychology of Alfred Adler

The Vision of Alfred Adler