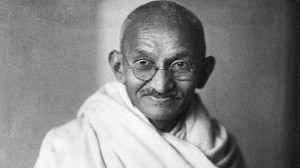 Example of Teaching
“True ahimsa should mean a complete freedom from ill-will and anger and hate and an overflowing love for all.”

Autobiography: The Story of My Experiments with Truth

The Essential Gandhi: An Anthology of His Writings on His Life, Work, and Ideas 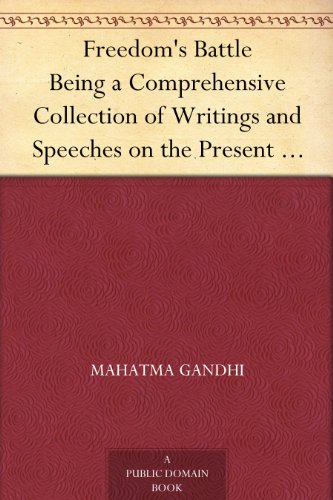 Indian nationalist leader Mohandas Karamchand Gandhi, more commonly known as Mahatma Gandhi, (October 2, 1869 – January 30, 1948) is considered the father of the Indian independence movement. Mahatma Gandhi studied law and came to advocate for the rights of his people in India and in South Africa, where he spent twenty years working to fight discrimination. It was there that he created his concept of satyagraha, a non-violent way of protesting against injustices. Satyagraha remains one of the most potent philosophies in freedom struggles throughout the world today.

In 1914, Gandhi returned to India, where he supported the Home Rule movement, and became leader of the Indian National Congress, advocating a policy of non-violent non-co-operation to achieve independence. He helped poor farmers and laborers protest oppressive taxation and discrimination. He struggled to alleviate poverty, liberate women and put an end to caste discrimination, with the ultimate objective being self-rule for India.

In India, Gandhi’s virtue, simplistic lifestyle and minimal dress endeared him to the people. He became a leader of India’s independence movement, organizing boycotts against British institutions and products in peaceful forms of civil disobedience. He spent his remaining years working diligently to both remove British rule from India as well as to better the lives of India’s poorest classes. Many civil rights leaders, including Martin Luther King Jr., used Gandhi’s concept of non-violent protest as a model for their own struggles.

Following his civil disobedience campaign (1919-22), he was jailed for conspiracy (1922-24). In 1930, he led a landmark 320 km/200 mi march to the sea to collect salt in symbolic defiance of the government monopoly. On his release from prison (1931), he attended the London Round Table Conference on Indian constitutional reform. In 1946, he negotiated with the Cabinet Mission which recommended the new constitutional structure. After independence (1947), he tried to stop the Hindu-Muslim conflict in Bengal, a policy which led to his assassination in Delhi by a Hindu fanatic.

The Greatest Of All Yoga

Is There A Higher Law? – Mahatma Gandhi

Gandhi Was Right: Your Heart Is A Buried Treasure

A Tribute To Mahatma Gandhi: His Views On Women And Social Changes

5 Things I Learn From Gandhi

What If Gandhi Took A Yoga Class?

Gandhi The Road to Freedom 3/6

Gandhi The Road to Freedom 4/6

Gandhi The Road to Freedom 2/6

Gandhi The Road to Freedom 1/6