Recalling Gandhi’s memorable summary of seven deadly sins, the following is a summary in similar style of a brief reflection on intolerance given at the Trivandrum conference on a Gandhian Alternative to a World Without Terrorism and War in February 2002. 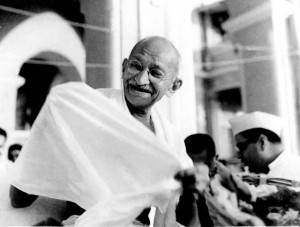 If these characterizations of intolerance are accurate, it follows that intolerance in the name of religion is a deep betrayal and perversion of authentic religion. In short, intolerance is unacceptable and is a sign of weakness and not of strength.

Intolerance is a personal failure to accept reality

Intolerance is a failure or refusal to accept reality. No matter how hard you may try to live in your own little world there always remain those persons who live outside your world. You may call them outsiders. You may call them infidels for not accepting your view of the world. You may try to persuade them to accept your views and your way of life. Sometimes you may even try to force them to become like you but they resist even to their death. They do so because reality is made up of many different individuals having many different experiences and different viewpoints. Nothing will change this, not even your intolerance.

Tolerance accepts reality. Intolerance rejects reality. Tolerance is strong. Intolerance in weak. Tolerance is strong because it has total confidence in its conviction that there is nothing so safe as truth nor so persuasive as honesty. A person of a strong conviction is not afraid of differences. The truth is secure amidst all the differences in thinking and behaving. Gandhi said there are as many different religions as there are individuals. If you are convinced of the truth of your religion and your way of life there is nothing to fear. Live and let live can be your motto. And your best witness to your faith will be your accepting reality and your respecting its many differences.

Intolerance is failure of intelligence

Intolerance is a failure of intelligence. It acts upon conclusions without acknowledging the process which produced the conclusions. The Truth taught by the various religions of the world are conclusions. They have been arrived at and transmitted through human experience. The intolerant person neglects the process and proclaims his or her view as the only Truth. But in reality all Truths are products of inductive reasoning. You may start at the beginning of the process or at the end but the process is universal. If you start with the conclusion you use a deductive approach and may claim your Truth as beyond reasoning and thus a revelation. The claim of the intolerant person may, of course, be true but intelligence sees a problem. The Truth proclaimed by the intolerant person is only one of many such claims which differ among themselves. What does one do in this case? To say there is only one Truth-claim is to deny reality. It is unintelligent to do so.

Intolerance is an error of judgment about Ultimate Truth

The wise person is tolerant of different understandings of God. Accepting the reality of an Ultimate Truth beyond our comprehension, the tolerant person lives in the world of relative truths. Mahatma Gandhi’s words on this matter are helpful. He wrote:

As a matter of fact, we are all thinking of the unthinkable, describing the indescribable, seeking to know the Unknown, and that is why our speech falters, is inadequate and even often contradictory. That is why the Vedas describe Brahman as ‘not this, not this.’ But if He or It is not this, He or It is.

The tolerant person not only accepts the diversities of understanding but welcomes them as a prisoner in the dark welcomes a window to the light. M. P. Mathai notes that for Gandhi what Radhakrishnan called “The bewildering polytheism of the masses and the uncompromising monotheism of the classes” were expressions of the same urge to realize the same power, God, at different levels.

Intolerance is an error which breeds psychological disorder

Intolerance breeds psychological disorder. An intolerant person intentionally closes his mind. Thus he loses the stimulation, challenges, and benefits gained from interacting with persons holding differing views. Intolerance leads to a hardening of the psychological arteries which need the lifeblood of diversity.

The intolerant person ignores what has been called the law of the forgotten breakthrough. This refers to the fact that religious movements begin with a founder who breaks through the accepted ways of thinking and behaving. But eventually the movement which the founder inspired becomes rigid and institutionalized itself. The intolerant person is often focused on matters which are far from the spiritual centre of the original founder’s example and teachings. He desires that every person conform to his way of thinking and acting. Intolerance is not a sign of the strength of one’s conviction but rather it is a sign of weakness of personal character.

Intolerance is an error which breeds social disorder

Intolerance is a deadly sin because it breeds social disorder. Every day in every community around the world there are countless reports of tragedies caused by acts of intolerance. Violence is seen as a major problem but what is it that provokes the violence? Intolerance. An intolerant husband unable to tolerate the slightest deviation from his authority over his wife or his children. Intolerance between individuals from different castes. Intolerance culminating in communal violence. If you examine closely the social problems throughout the world, you will find at their roots the presence of intolerance.

Intolerance is a pragmatic error; it does not work

Intolerance is a failure because it does not work. Intolerance breeds resentment. It breeds opposition. If there is anything certain in life, it is that intolerance ultimately fails. Human history is a record of failed attempts of political and religious tyrants to establish their own systems as absolute authority for everyone. The most effective way to achieve respect and authority is the way of tolerance.

If these characterizations of intolerance are accurate, it follows that intolerance in the name of religion is a deep betrayal and perversion of the noblest teachings of religion. In short, intolerance is unacceptable in any form and is a sign of weakness and not of strength.