The Energies of Love: The Key to Fulfilling Relationships

by Donna Eden:  “You must know, of course, how much I love you. . . . But the fundamental and most vicious, swinish, murderous, and unchangeable fact is that we totally misunderstand each other . . . 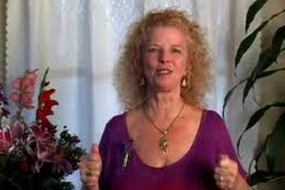 we operate on alien wavelengths. . . . I love you and I always will. Come back to me as soon as you can.”– From a love letter by Richard Burton to Elizabeth Taylor

And therein lies the dilemma, not only for couples, but for the troubles between parents and children, co-workers, and even political rivals. But finally, the science of these “alien wavelengths” is being developed. While too late to help Richard and Elizabeth, much of great valuable is available to you right now.

The “Energies of Love,” a forthcoming book by husband-wife team Donna Eden and David Feinstein, tries to crack the code of thesealien wavelengths that plague relationships of all kinds. The couple, well-known for their pioneering work in the field of Energy Medicine, claim that they had to figure out ways to apply their understanding of energy to help overcome the relationship challenges that have emerged from time to time in their own 34-years of being together.

For instance, Donna’s fundamental energy style is exquisitely attuned to the vibrations around her. This is part of her gift as a healer. Under relationship stress, her energies concentrate in the center of her heart. They become slow and heavy until she feels her heart is about to burst or she is about to drown. Her grounding and stability are compromised as the energies in her hips, legs, and feet become weak. Rational thought is not supported as her most vital energies are pulled away from her brain.

For David, on the other hand, under relationship stress, the energy accumulates in his forebrain. He overrides the raw vibration of the environment with mental constructs. His awareness gets cut off energetically from his heart while a rich choreography of energy unfolds within his brain. Energy from his back brain rushes to his cerebral cortex, the front brain, with a primal force. The verbal reasoning and logic of the front brain lend their voice to the primitive needs of his back brain, giving them the appearance of clarity and calmness. This seems to him to be the paragon of rational, civilized thought.

Not only do the energies of his heart have no pathways to consciousness, Donna’s energies bounce off like rubber bands shot at a granite wall. Her logic, feelings, and desperate pleas do not upset David, who is not consciously trying to dismiss her. Donna’s concerns are just not relevant, and he is sure they will be put to rest when she grasps the logic of his superior understanding.

With that apparently irreconcilable difference coming out in full force in 1978, about a year into their relationship – at the point where the early glow had faded into the infamous “Stage 2” that most relationships must pass through to get to a deeply fulfilling partnership – the couple was on their own to figure out how to reconcile their considerable differences.

The system they developed — both through David’s work as a clinical psychologist, and in Donna’s energy healing — emphasizes the way every relationship begins with the meeting of two very different energies. These energies come together and merge into a new energy field that has literally never before existed on the planet. And the partners are left to their own devices to figure out how to make it work. Meanwhile, this union of energies determines the way they communicate, the way they fight, the way they love, and the way they want to be loved. Even deeper than the psychology of you and your partner, according to Donna and David, relationship is about energy!

Their forthcoming book begins: “We often joke, or half-joke, that if we can make it, any couple can make it. While our basic values, mercifully, complement one another’s effortlessly, our personalities, temperaments, and life style inclinations don’t. David thrives in dry hot weather, Donna withers. Donna’s interests and attention jump like fire in a dozen different directions; David’s plodding intense focus is annoyingly jerked from its course with her every new enthusiasm. David organizes his life around projects that make him feel well-utilized and worthy; Donna functions best moment by moment. Donna works most effectively within an unhurried, unscheduled, organic pace; David has been compared to a freight train when he is engaged in a project. Donna’s disposition is to yield to the other person’s ways, so even though David is attracted to her for her joyful nature, his more somber style sets their tone. She then feels invisible and discounted; he wonders why her friends bring out the person he wants to be with while he so often doesn’t. . . .”

Their program shows you how to work your way out of such entanglements with your partner, along with ways to turn your differences into strengths and areas of stagnation into renewal. What is most unusual in their approach is that much of it does not focus on psychological issues, communication styles, good will, or love. A major focus is directly on each partner’s energies and how they interact.

The energies of relationship are the invisible hand that leaves two people happy or miserable, frustrated or content, in harmony or not in harmony, on “alien wavelengths” or in a good flow with one another. They are at play in all relationships: parent/child, boss/employee, and friend/friend as well as couples.

Donna and David’s program promises to show you how to use Energy Medicine and Energy Psychology (e.g., EFT) to recognize your own energetic style, your partner’s, and how to bridge the two styles, navigating your way to greater harmony, deeper love, and an energy that supports you both. Many of the principles apply to any close or impactful relationship.