Unraveling the Pollinating Secrets of a Bee’s Buzz

by Carl Zimmer:  Now is the time of year when bees buzz from flower to flower. And for many plants, the very survival of their species depends on that buzz. The flowers and the insects are joined together in a partnership of sound.

Bumblebees and other insects use buzzing to shake pollen out of flowers for food — and they fertilize flowers along the way. Scientists are exploring this acoustic feat to figure out how it has evolved, and how it helps sustain our own food supply.

Flowering plants typically reproduce by delivering pollen to each other to fertilize seeds. Some flowers, like corn and ragweed, cast their pollen to the wind. Others depend on animals like bees, bats or birds to do the job.

In many cases, these flowers lure an animal with the reward of nectar. As the pollinator sips the plant’s sugary liquid, it gets covered in pollen. It then travels to another flower in search of nectar and delivers the grains.

But 20,000 plant species — including familiar ones like tomatoes, potatoes and cranberries — strike a different deal. They offer pollen itself as food. These flowers don’t simply put the protein-rich pollen out for any animal to eat, however. They keep it tucked deep inside special tubes.

Only bumblebees and certain other insects can get this pollen out. In every case, the method is the same: the pollinator grabs the tube with its jaws and starts vibrating hundreds of times a second.

“It has to hold on, because the vibrations are so strong that otherwise it could come flying off the flower,” says Mario Vallejo-Marín of the University of Stirling in Scotland, who recently co-authored a review of this behavior in the journal Current Opinion in Plant Biology.

The animals produce a peculiar buzz with this technique. “It sounds like a bee is giving you a raspberry,” said Stephen Buchmann of the University of Arizona. In fact, they’re creating resonating vibrations to loosen the pollen grains inside the tubes. “The bees are turning themselves into living tuning forks,” said Dr. Buchmann.

The bees cause the pollen grains to bounce up and down in the tube and then gain so much energy they blast out in a cloud that coats the bee. As it flies off, the insect gathers the grains out of its fur and tucks most of them in wet clumps on its legs. It can later feed the clumps to larvae back at its hive.

“Fortunately, they’re a little bit messy,” said Dr. Buchmann. When the bee visits another flower for a buzz, the extra pollen still on its body can fertilize the plant.

“It seems so unlikely — it would never work if you were designing a plant,” said Anne Leonard, an ecologist at the University of Nevada at Reno. “But it’s evolved many times.”

Dr. Leonard belongs to a small coterie of scientists who are trying to understand the evolution of so-called buzz pollination.

The transformation probably starts when a plant species shifts to using pollen as a lure instead of nectar. If the flowers simply put out the pollen like cookies on a table, an assortment of insects may steal it and never pass on any grains to another flower. Growing a tube to store away the pollen gives flowers control over who can eat it — and the power to dust visitors with it, as well.

Once flowers hide away their pollen this way, natural selection favors bees that can give the flowers a harder shake. The harder the bees shake, Dr. Vallejo-Marín and his colleagues have found, the more food they can bring home. Bees experience forces 30 times greater than gravity as they buzz for pollen — near the limit of human endurance.

That can be too much of a good thing for the flower, though. If a bee shakes out a plant’s entire pollen supply, it carries the flower’s whole reproductive future with it. “The risk of a failure can be very high,” said Dr. Vallejo-Marín.

Dr. Vallejo-Marín suspects that this risk of failure drove the continued evolution of the flowers. The shape of the tubes changed so that even harder buzzing could only free a fraction of the pollen, meaning a single greedy bee couldn’t exhaust a plant’s supply. Instead, the flowers have enough pollen to spread over several bees, raising the odds that their genes will get into the next generation.

There’s a lot more that scientists have left to learn about buzz pollination. Are flowers tuned to particular species of bees, for example? Why can bumblebees buzz pollinate, but honeybees can’t?

Understanding buzz pollination is not just interesting in its own right, but a matter of pressing importance. Bumblebees and other buzz pollinators are suffering worryingdeclines, probably due to a combination of threats like diseases, pesticides and destruction of their habitat. Their decline threatens the many wild plants that have evolved to depend on their buzz. And a lot of food on our dining room table depends on the buzz as well.

“We could live just on wind-pollinated plants like wheat and barley and millet,” said Dr. Buchmann, wearily listing each food, “but it would be a pretty bland, nasty diet.” 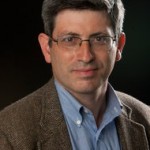