Karen Armstrong: Religion is not the source of conflict

Karen Armstrong looked up at a helicopter hovering over Jakarta, and said, “I hate flying.” The fact is, this former Catholic nun turned author, academic and spiritualist must fly a lot. Since she has published more than 20 books about the world’s major religions, she has been invited to speak in many countries. 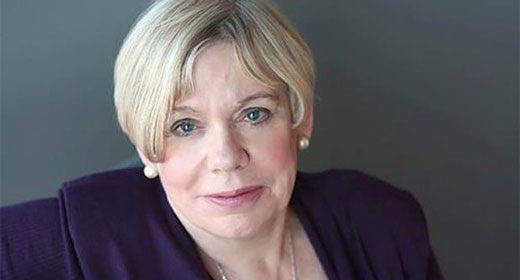 In fact, her travels have become an integral process of her book-writing. She is currently in the midst of writing a book on religion and conflict, due out next year. And she continues to fly in out of cities, including Jakarta last June. She spoke about compassion.

In 2008, she received an award from Technology, Entertainment, Design (TED), a non-profit convener of conferences to spread ideas to change the world. It was there she introduced the Charter for Compassion. Besides presenting her with US$ 100,000, TED gave her the opportunity to voice the hope for a better world.

Armstrong has been trying to push for a peaceful world and global understanding of what she calls the “Golden Rule”. An ancient idea, it means to not treat others the way we would not want others to treat us. One year later, she launched a charter, which was signed by Queen Noor of Jordan, the Dalai Lama and Bishop Desmon Tutu. In 2010, her other book, Twelve Steps to a Compassionate Life was published.

“The movement is active in the United States, Pakistan and Jordan,” Armstrong, who also wrote A History of God, told Tempo. The city of Seattle in the US is one place where compassion spiritualism has become widespread. It declared itself to be a ‘Compassionate City.’ Even in Pakistan and Jordan-two countries never far from ‘religious conflict’ Armstrong’s call was well received.

Is this study of compassion which you now seem to be promoting a reaction to your previous books?

It’s not just a reaction to previous thoughts and ideas, but what I had written, from A History of God and others, pushed me into dealing with the subject of compassion. I felt upset that I rarely heard religious people speak about this. They tend to criticize more.

Did this come to you because religion is often seen as a source of conflict in the world?

Religion is not a source of conflict. This notion first began in 17th century Europe, when it was beset by wars. And the states ignite wars. France was the first country to declare its sovereignty after the revolution. Two years later, there was massive killing against its own people.

On problem about nationalism is its inability to accept minorities. World War I and World War II was not about religion, but about secular nationalism. The Hiroshima and Nagasaki bombings were not about religion. To assume religion is the source (of conflicts) would be a very dangerous thinking. It’s like the West’s attitude towards Hamas. They say the source of the conflict is religion.

But Hamas does have a religious agenda?

That’s true, but they are also very natio-nalistic. Hamas is a nationalist movement and is not forcing Islamic norms on Gaza. They don’t force women to wear the headdress. This is unlike the Wahabis. If we forget about the nationalistic element in the Hamas case, we will misunderstand the issue. It’s like the West’s view on Osama bin Laden. They think Islam was the reason for his actions.

What do you think?

They (Osama and his associates) are criminals. Islam forbids the killing of civilians, forbids Muslims to make war on other nations which allow Muslims to practice their religion freely. Osama clearly said his aim was political. He used the words the West and Israel, no Judaism and Christianity. He did not mention Zionism and the Cross.

Yes, he did use political terminology.

His objectives were political.

Was the anger of Osama and his associates linked to “the return to the glory of Islam?”

Islam was a success from day one. Muslims are always able to rise again after a catastrophe. Islam was even able to become a major empire, with a well-known high civilization. But this is not just about past glory, but a feeling of degradation and being stepped on.

What do you mean?

The Palestine issue is one of the causes of the hatred and has become the symbol of the Islamic world’s impotence. One million Palestinians were kicked out of their country, and no one did anything. So for Osama, the first priority is the Saudi Arabian problem, then the Palestine-Israeli conflict. Why is the US paying so much attention to Saudi Arabia which is undemocratic? Because of the oil.

Do you think Muslim nations can return to their glorious past, when Islam was the highest form of civilization?

That is what the hardliners want to achieve. I once told Westerners that Islam was once a world power, like the Ottoman and the Mogul empires. In the past, they represented major forces, more powerful than Europe. I also told the Amercians, “You cannot remain the number one forever. Wait until China pushes you out. We British have gone through that.”

Why is religion easier to desecrate in the West than in Muslim countries?

It could just be that we have had longer time. We started to secularize during the 16th century. Martin Luther was the first Christian to ask for a separation between state and church. The establishment of the nation-states during the 16th and 17th century was very aggressive. This led to vicious wars to control land. As a result, the modern state came into being. Then came the revolution. The first act of the French National parliament was to confiscate church property.

As an author on the biography of Mohammad, what would you tell Muslims today about Islam?

I think he well be sad to see all the terrorism. But it would be difficult to say, because Mohammad was someone who could see beyond everyone else.