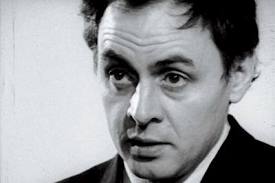 The Function of Mystification and Some Related Concepts

Mystification functions to maintain sterotyped roles (Ryckoff, Day, and Wynne, 1959) and to fit other people into a preset mold, Procrustean fashion (Lidz, Cornelison, Terry and Fleck, 1958). The parents struggle to preserve their own integration by maintaining their rigid preconceptions about who they are and who they ought to be, who their children are and ought to be, and the nature of the situation that characterizes family life. They are impervious (Lidz at al., 1958) to those emotional needs in their children that threaten to disrupt their preconceived schemata, and they mask or conceal disturbing situations in the family, acting as if they do not exist (Lidz et al., 1958).

Imperviousness and masking are very common concomitants of mystification in the present tense when, for instance, they are backed up by transpersonal action on the other person, when, for instance, attempts are made to induce the other to believe that his emotional needs are being satisfied when clearly they are not, or to represent such needs as unreasonable, greedy, or selfish because the parents are unable or unwilling to fulfil them, or to persuade the other that he just thinks he has needs but has not “really,” and so on.

Needless to say, no mystifying-mystified relationship can be a reciprocally confirmatory one in a genuine sense. What may be confirmed by the one person is a false front put on by the other, a prefabricated schema on the one person’s part that the other is induced more or less to embody. Elsewhere I have tried to describe the structure of certain forms of such unauthentic relationships (Laing, 1960, 1961).

Such concepts are close to the concept of nonmutual complementarity developed by Wynne and his coworkers. The intense pseudomutuality described by these workers, “the predominant absorption in fitting together at the expense of the differentiation of the identities” (Wynne, Ryckoff, Day, and Hirsch, 1958, p. 207) is very much in line with our findings.

Mystification appears to be one technique, highly developed in the families of schizophrenics, to maintain the rigid role structure in such pseudomutual nexuses. We are currently investigating the extent to which, and the manner in which, pseudomutuality and mystification occur in the families of nonschizophrenics. Lomas (1961), for instance, has described the family of a girl diagnosed as an hysteric in which unauthentic fitting together and rigidly maintained sterotyped roles of an engulfing nature were clearly in evidence.

1) p repeatedly calls attention to areas of the personality of which o is dimly aware, areas quite at variance with the kind of person o considers himself or herself to be.

2) p stimulates o sexually in a situation in which it would be disastrous for o to seek sexual gratification.

5) p switches from one emotional wave length to another while on the same topic (being “serious” and then being “funny” about the same thing).

6) p switches from one topic to the next while maintaining the same emotional wave length (e.g., a matter of life and death is discussed in the same manner as the most trivial happening [Laing, 1961, p. 131-132]).

Each of these modes of schizogenesis is liable to induce muddle in the victim, without the victim necessarily perceiving the muddle he is in. In this sense they are mystifying.

I have suggested (Laing, 1961, pp. 132-136) that the schizogenic potential of such maneuvers lies not so much in the activation of various areas of the personality in opposition to one another, the activation, that is, of conflict, but in the generation of confusion or muddle or doubt, often unrecognized as such.

This emphasis on unconscious or unconscious confusion or doubt about one’s self, the other (s), and the shared situation, this emphasis, that is, on a state of mystification, has much in common with Haley’s (1959b) hypothesis that the control of the definition of relationships is a central problem in the origin of schizophrenia. The mystified person is operating in terms that have been misdefined for him. This definition is such that, without realizing it or without understanding why he may perhaps intensely but vaguely feel it to be so, he is in an untenable position (Laing, 1961, p. 135). He may then attempt to escape from his untenable position in the mystified situation by in turn deepening the mystifications.

The concept of mystification overlaps, but is not synonymous with, the doublebind concept (Bateson, Jackson, Haley, and Weakland, 1956). The doublebind would appear to be necessarily mystifying, but mystification need not be a complete doublebind. The essential distinction is that the mystified person, in contrast to the doublebound person, may be left with a relatively unequivocal “right” way to experience and to act. This right thing to experience or right way to act may entail, from our viewpoint as investigators and therapists, a betrayal of the person’s potentialities for selffulfillment, but this may by no means be felt by the person himself.

In the example given earlier of the boy for whom happy equaled grateful and unhappy equaled selfish and ungrateful, the conflict and confusion would have been much intensified if strong prohibitions had been put on dishonesty. In such circumstances, to express unhappiness would be to be bad, since to be unhappy was to be selfish and ungrateful, while to put on an act of happiness would be equally bad because this would be dishonest.

In the case of the boy who put a berry up his nose, his parents could well be imagined saying: “But we asked you if your nose was all right and you told us it was and that you had made the whole thing up.” This turns the situation into one that is at once doublebinding and mystifying.