PAULO COELHO: One should not lose faith. In the end there is justice for all.

by Paulo Coelho:  I continue to transcribe extracts that I jotted down between 1982 and 1986 from my conversations with J., my friend and master in the RAM (Regnus Agnus Mundi) tradition. 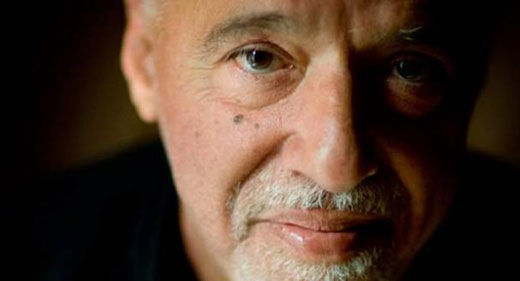 I remember provoking him by quoting a Buddhist scripture on the six difficulties of living in a house: the work involved in building it, more work still to pay for it, the work of always having to repair it, the risk of having it confiscated by the government, the house constantly full of visitors and undesirable guests, and the house being used as a hiding place for condemnable activities.

According to the same Buddhist text, there are six advantages of living under a bridge: you can easily be found, the river shows us that life is a passage, we are rid of the feeling of covetousness, we need no fences, someone new is always passing by to have a chat, and we don’t have to pay rent.

I ended by saying that it was a beautiful philosophy, but that at least in my country, when we see people living under bridges and viaducts, we know for sure that this text is wrong.

J answered: “The text is beautiful, but in our context it is certainly wrong.

“However, that should not serve to feed our sense of guilt. We feel guilty for all that is authentic in ourselves – our salary, our opinions, our experiences, our hidden desires, the way we speak – we even feel guilty for our parents and our brothers.

“And what is the result? Paralysis. We grow ashamed of doing anything different from what the others are expecting. We do not expose our ideas, we don’t ask for help. We justify this by saying: ‘Jesus suffered, and suffering is necessary’.

“Jesus experienced many situations of suffering, but he never advocated staying still in those circumstances

“Cowardice cannot be concealed with this type of excuse, otherwise the entire world fails to move ahead. That is why, if you see someone under a viaduct, you go to help them, because they are part of your world.”

“And how can that be changed?”

“Have faith. Believe that it is possible, and all the reality around you will begin to change.”

“Nobody can perform that task all alone. What I see is that most people don’t have enough faith.”

“Sometimes we criticize lack of faith in others. We aren’t capable of understanding the circumstances in which this faith has been lost, nor do we try to alleviate our brother’s misery – and this causes revolt and incredulity in the divine power.

“Humanist Robert Owen traveled all over England talking of God. In the 19th century it was common to use child labor in heavy work, and one afternoon Owen stopped at a coal mine where an undernourished twelve-year-old boy was lugging a heavy sack of bricks. ‘I am here to help you talk to God’, said Owen.

‘Thanks very much, but I don’t know him. He must work in another mine’, answered the boy.

“How can you expect a boy in those conditions to be able to believe in God?”

“Let me return the question. How could that be made possible?”

“Besides faith, have patience. Understand that you are not alone when you want Divine Justice to make itself manifest on this Earth.

In the Middle Ages the Gothic cathedrals were built by several generations.

This prolonged effort helped the participants to organize their thoughts, to give thanks and to dream.

Today that Romanticism is ended, and yet the desire to build remains in our hearts, it’s just a question of being open to meet the right people.”

Translated from Portuguese by James Mulholland

(Paulo Coelho is one of the most widely read authors in the world. His best known works include The Alchemist, Eleven Minutes and Manuscript Found in Accra.)