By Daniel Koren: New research suggests that recovering stroke patients who use video games as a therapeutic exercise are more physically capable, making more bodily movements – as opposed to those who are given traditional motor therapy. 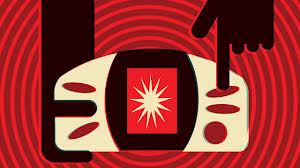 Conducted by Dr. Debbie Rand, an occupational therapist of Tel Aviv University’s Stanley Steyer School of Health Professions at the Sackler Faculty of Medicine, in conjunction with a team from Sheba Medical Center, and funded by the Marie Curie International Reintegration Grant, the research has emphasizes the importance of goal-directed movement as a means to repair speech, movement, and overall functionality.

Dr. Rand explains that interactive game consoles insist that players move around continuously throughout virtual games. In her study, the results of which were recently presented at the ninth International Conference on Disability, Virtual Reality and Associated Technologies, Rand learned that game-players perform twice the amount of arm movements during each session compared to patients in traditional therapy.

She also notes that each movement is also ‘goal-directed,’ whereas traditional therapy aims to simply exercise bodily movements.

Dr. Rand suggests that this discovery can have positive benefits for the process of brain plasticity – mental changes that occur in patients who have suffered from brain damage caused by stroke, and mandatory for the brain’s recovery. Simply by moving deliberately to accomplish a specific goal results in certain cognitive benefits.

To put her theory to the test, Dr. Rand organized two groups of 20 participants each: a traditional therapy group, given traditional rehabilitation exercises, and a video-games group, that used Xbox Kinect, Sony Playstation and Nintendo Wii throughout sessions. After three months, though both groups showed physical improvements, the video games group continued to improve grip strength for the next three months, while the traditional group did not.

The social environment brought on through video games is also beneficial for morale, and gives a boost for certain patients having a tough time integrating back into society. Video games through therapy are really just more fun, Dr. Rand Notes, and most importantly, it offers patients a way to establish meaningful relationships with one another.