In May, in partnership with NASA, Google announced the Quantum A.I. Lab, a place where researchers from around the world can experiment with the incredible powers and possibilities of quantum computing.  The facility, located in a NASA research center uses D-Wave’s quantum computers.

It is still early days, but Google thinks quantum computing can help solve some of the world’s most challenging computer science problems. The company is particularly interested in how quantum computing can advance machine learning, which can then be applied to virtually any field: from finding the cure for a disease to understanding changes in our climate. 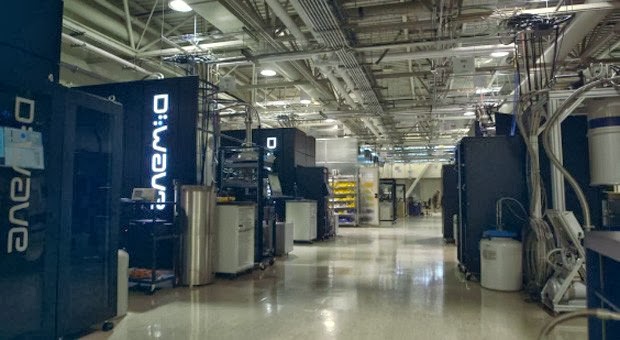 D-Wave’s Geordie Rose, who is featured in the video commented on his blog,

There are some great memes in the video. One of my favorites was raised by Sergio Boixo. He says at 4:25, ‘… [this machine] teaches us that we shouldn’t be naive about the world, and we shouldn’t think about the world as a simple machine. It forces us to consider more sophisticated notions of how the reality around us is actually shaped.’

In the video, Rose comments that the ultimate problem for quantum computers to work on are optimization problems.  Speaking non-technically he also offers,

How amazing is it that we, with our monkey heritage and monkey brains and monkey fingers, have lucked into a brain that allows us to ask legitimate questions about the nature of physical reality. That’s so cool.

The film also features commentator Jason Silva ruminating on the possibilities of the technology. Silva also gets the poetic last words: