How Are Your Beliefs Shaping Your Life?

Cheryl Richardson, a life coach and author, explains the ways to reboot your thought process (and the reasons you might want to). 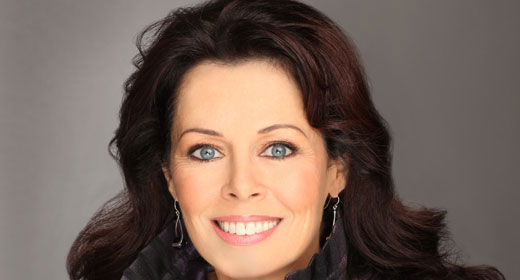 In my late 20s, life felt like a soap opera filled with frustrating romantic relationships, jobs that didn’t allow me to use my full potential and financial struggles that had me running for cover when the bills were due. I felt like a victim of circumstance, stuck and unable to get a leg-up on a better life.

All that changed when I realized who was running the show.

I was the common denominator in all of these challenging life experiences. When I finally got fed up enough, I decided I needed to do something different. A friend gave me the book The Game of Life and How to Play It by Florence Scovel Shinn, and I devoured the pages in one sitting. That’s when things began to change. Freedom came with the realization that the thoughts we think, the words we speak and the actions we take determine our life experiences. And these thoughts, words and actions are birthed from our beliefs—the fundamental rules we live by.

The Birth of a Belief
A belief is a pattern of thoughts—a phrase or message that gets repeated in our minds enough times to make it stick. Like software that runs a computer, your beliefs become the inner operating system that directs the course of your life—whether you’re conscious of it or not.

Our most influential beliefs were installed early in life. If you were constantly awarded love and appreciation for giving to others, for example, there’s a good chance those experiences helped form a belief that says, “In order to get love, I must give to others.” Following this rule means you’ll make choices that leave you feeling as though you’re living everyone else’s life but your own.

Messages received from authority figures also form the beliefs that shape our lives. My dad shouldered the burden of three jobs to support our large family, and I often heard him say, “Life is hard.” That message became a mandate for living—a rule that wreaked unconscious havoc in my life as an adult woman. I was hard on myself. I spent long days at the office working through lunch and dinner. I expected the worst in any given situation and I worked hard to prepare for it. It wasn’t until a dear friend pointed out this pattern that I realized I had turned my dad’s words into a belief that was chewing up my life. That’s when I installed a new one. I started telling myself (and anyone who would listen), “I work smart, not hard, and my life soars.”

You’ll Make Yourself Right
Unless you challenge the beliefs that no longer serve you, you’ll continue to prove yourself correct. As long as I believed life was hard, for example, my daily actions continued to make it so.

This is because our actions align with our beliefs. If, for example, you believe that life is filled with problems that need to be solved, you’ll keep creating problems to solve. If you constantly complain to others that no one will hire you at 58 because you’re too old, you’re sure to behave in ways that contribute to your job search woes. Not only that, if you’re complaining to others, chances are you’re complaining to yourself all day long. This habit will keep your unhelpful belief of being too old firmly rooted in place.

Your best life begins when you take back your power by choosing new, life-supporting beliefs.

From: Oprah and Iyanla Vanzant: Terrible Things Women Do to Each Other
By Cheryl Richardson