NASA’s Next Frontier: Growing Plants On the Moon

by: Tarun Wadhwa:  A small team at NASA’s Ames Research Center has set out to “boldly grow where no man has grown before” – and they’re doing it with the help of thousands of children, a robot, and a few specially customized GoPro cameras. 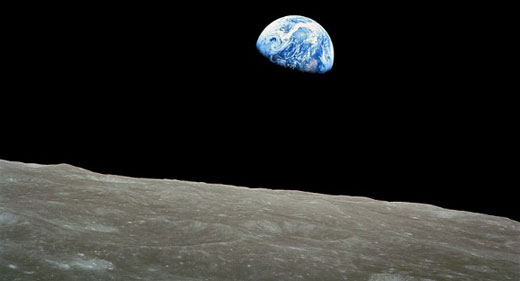 In 2015, NASA will attempt to make history by growing plants on the Moon. If they are successful, it will be the first time humans have ever brought life to another planetary body. Along the way, they will make groundbreaking contributions to our understanding of biology, agriculture, and life on other worlds. And though they may fail, the way they are going about their mission presents a fascinating case study of an innovative model for public-private collaboration that may very well change space entrepreneurship.

The Lunar Plant Growth Habitat team, a group of NASA scientists, contractors, students and volunteers, is finally bringing to life an idea that has been discussed and debated for decades. They will try to grow arabidopsis, basil, sunflowers, and turnips in coffee-can-sized aluminum cylinders that will serve as plant habitats. But these are no ordinary containers – they’re packed to the brim with cameras, sensors, and electronics that will allow the team to receive image broadcasts of the plants as they grow. These habitats will have to be able to successfully regulate their own temperature, water intake, and power supply in order to brave the harsh lunar climate.

However, it won’t just be NASA scientists who are watching the results closely – the success of this experiment will require the assistance of schools and citizen scientists.

In a brilliant mix of creativity and frugality, NASA will send schools their own set of habitats so they can grow the same plants that are being sent to the Moon. The reasons for this are two fold. First, every experiment needs a control, and instead of spending the money to duplicate the experiment multiple times, they can crowdsource it. By collecting the data from thousands of experiments, they can gain valuable insights in an entirely new way. Second, it allows children to be part of the moment – to not just watch from afar, but to gain experience and knowledge by actively participating.

It is quite unusual to hear of a significant NASA project that is so simple, small-scale, and low-cost. Thanks to the rapid advances in consumer electronics over the last few years, parts that would have once cost millions of dollars now cost just hundreds. But what really made this project feasible was an unexpected opportunity: the Google Lunar X Prize, the search giant’s twenty-million-dollar incentive prize for a private company to launch a robotic spacecraft that lands on the moon, travels across the surface, and transmits back two “Mooncasts” by December 31, 2015. Multiple teams are competing – and whoever ends up winning will likely fly with this special payload on board.

With this model NASA doesn’t have to spend tens of millions of dollars or wait years for the next mission to the Moon. According to Dr. Chris McKay, a well-renowned planetary scientist, this project would have cost $300 million two decades ago – now, NASA can build and launch it for under $2 million. It serves as a win for both NASA and private space industry. Dr. McKay compared it to the early days of airplanes and airmail, “Just like we buy tickets on commercial airlines, why shouldn’t we buy space on commercial flights?”

Without this opportunity, it’s uncertain this project would have ever gotten off the ground – and that would have meant a major missed opportunity not only for future astronauts, but also for people here on Earth as well.

To Dr. McKay, this is “step one in the quest to develop biological based life support systems on other worlds;” or, to put it another way, “this is the Neil Armstrong of the plant world.” The conditions of the moon are more characteristic of deep space than anywhere else we can access and quite different than growing plants on a space shuttle or space station. This experiment will test whether plants can survive radiation, flourish in partial gravity, and thrive in a small, controlled environment – the same obstacles that we will need to overcome in order to build a greenhouse on the Moon, or create life on Mars.

We may also learn a great deal about how to grow food in inhospitable climates here on our own planet. Dr. Robert Bowman, the team’s chief biologist, described how plants constantly have to cope with harsh environments and threats: “Simply knowing how plants deal with stress on the moon can really tell us a lot about how they deal with stress right here on Earth.” We know how plants are affected by conditions like drought – by exposing them to entirely new factors, we can advance our understanding of how they function.

Even if the seeds fail to germinate on the Moon, the fact that NASA is taking targeted risks without incurring significant costs could change business-as-usual for the once-legendary institution. Like most bureaucracies NASA has become quite risk averse and sensitive to perceptions of failure. But with commercial partnerships, they can experience a flop without necessarily having it make national headlines – they don’t have to put their entire reputation on the line every single time.

It may not be too long before space exploration missions are conducted more like technology startups and less like government programs. Dr. McKay sees a world of possibilities emerging from this democratization: “I see much better, more innovative experiments. When your experiment costs 300 million dollars, and you do one a decade, you can’t take any risks. You’ve got to be very conservative in what you do. But if your experiment is a million dollars and being done by grad students, you can do crazy and brilliant things.”

Whenever we do spread life beyond our own planet, it will fundamentally change our cultural perception of what is possible. As Dr. Pete Worden, Director of NASA’s Ames Research Center, explained excitedly, “The first picture of a plant growing on another world – that picture will live forever. It will be as iconic as the first footprint on the moon.” Just like the Apollo missions drove an entire generation to embrace technology and science, making the final frontier more accessible will inspire us to strive for even greater accomplishments. 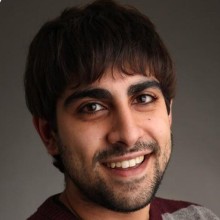 You can reach Tarun directly at SH@tarunwadhwa.com or follow him on Twitter. Also, check out his upcoming book, Identified.