by Irene Klotz: One out of every five sun-like stars in the Milky Way galaxy has a planet about the size of Earth 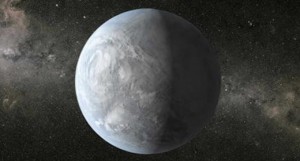 that is properly positioned for water, a key ingredient for life, a study released on Monday showed.

The analysis, based on three years of data collected by NASA’s now-idled Kepler space telescope, indicates the galaxy is home to 10 billion potentially habitable worlds.

The number grows exponentially if the count also includes planets circling cooler red dwarf stars, the most common type of star in the galaxy.

“Planets seem to be the rule rather than exception,” study leader Erik Petigura, an astronomy graduate student at the University of California at Berkeley, said during a conference call with reporters on Monday.

Petigura wrote his own software program to analyze the space telescope’s results and found 10 planets one- to two-times the diameter of Earth circling parent stars at the right distances for liquid surface water.

The telescope worked by finding slight dips in the amount of light coming from target stars in the constellation Cygnus.

Some light dips were due to orbiting planets passing in front of their parent stars, relative to Kepler’s line of sight.

Extrapolating from 34 months of Kepler observations, Petigura and colleagues found that 22 percent of 50 billion sun-like stars in the galaxy should have planets roughly the size of Earth suitably positioned for water.

A positioning system problem sidelined Kepler in May. Scientists are developing alternative missions for the telescope. More than a year of data already collected by Kepler, which was launched in 2009, still has to be analyzed.

In another Kepler study, the telescope found 3,538 candidate planets, 647 of which are about the size of Earth, said astronomer Jason Rowe, with the SETI Institute in Mountain View, California.

Of the 3,538 candidates, 104 are at the right distance from their parent stars for water, he said.

“When exoplanet hunting started, everyone expected solar systems to look just like ours,” Rowe said. “But we’re finding quite the opposite, that there’s a wide variety of systems out there. If you can imagine it, the universe probably makes it.”

The research was published in this week’s Proceedings of the National Academy of Sciences and presented on Monday at a Kepler science conference at NASA’s Ames Research Center in Moffett Field, California. 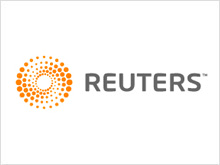