MIND 2014: How to Break Old Habits and Make the New Ones Stick

by Kathy Barthel: New Year’s resolutions — losing weight, eating better or getting in financial shape – are all about habits. 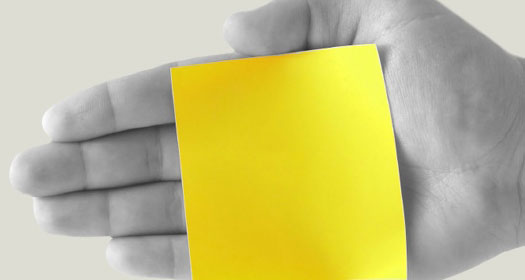 Every January we’re trying to break a bad habit or start a new one.

Our success often has less to do with willpower and more to do with understanding what triggers the habit in the first place.

“Each time you repeat it, the habit gets stronger. The stronger it gets, the more likely you are to perform it without having to consciously will it.”

Dean’s book, recently issued in paperback, explains to readers how to form new habits – which he explains can take up to 90 days to change.

“There’s bound to be some competition between old and new habits at first,” he says, explaining that this is normal. “Try to notice or anticipate what the mental danger points will be and plan for them.”

For example, you may want to get up earlier, so it’s important to acknowledge that you might feel lazy when you wake up.

“Plan to think about something that will make you jump out of bed, like an activity you are looking forward to doing that day.”

Journalist Charles Duhigg covers some of the same territory in his book, “The Power of Habit: Why We Do What We Do In Life And Business.”

In this interview he goes further to explain how to create habits that can bring lasting change for the better, in 2014.

Q. What causes habits to form and why are they so hard to break?

Duhigg: What we learned particularly in the last decade – primarily from neurological studies but also from laboratory and real world experiments — is that at the core of every habit there are three things:

The reward is really why your brain latches onto this pattern and makes it automatic.

We’ve known about the importance of cues and routines for decades ever since Pavlov was doing his experiments with his dogs. But the real insight from the last decade is how important those cues and rewards really are — the neurological circuitry that allows our brain or causes our brain, to latch onto this particular pattern and make it feel more and more automatic.

We’ve also learned that when your brain is in the grip of a habit (about 40 to 45 per cent of what we do every day is a habit) our brain essentially ‘powers down.’

Q. Why does the brain ‘power down’?

Duhigg: Habits allow us to conserve mental resources, cognitive resources and act automatically. And our brain likes that because anything that saves energy is good; it frees up your mind to work on other problems while you’re backing a car out of the driveway or you’re walking to work.

But the risk is that because your brain shuts down, it is much harder to consciously intervene in that behaviour and that’s why breaking a habit is so hard. In part, it’s because our brain essentially shuts off when we’re in the middle of a habit and as a result, we`re paying much less attention to what’s going on around us.

The second reason why it’s so hard to break a habit is because people are often unaware of what the cue and the reward is that is driving their behaviours. … And as a result, we become blind somewhat to what in the environment is pushing us in a certain way, particularly when it comes to rewards.

Q. Why doesn’t our willpower seem to work when we try to make or break a habit?

Duhigg: Willpower is like a muscle and much like any other muscle, like the muscle in your arm, it gets tired with more and more use.

Q. Can mindfulness help us to change bad habits?

Duhigg: Absolutely. I think the parts of mindfulness that are important for habits are this awareness, that you are forcing yourself to be aware of the cues and rewards that are driving your behaviour. In some respects, mindfulness is different from habit formation.

But the place where mindfulness and habits intersect is this awareness of what’s going on around you, forcing yourself to pay attention to the cues and rewards that are shaping your behaviours and then eventually allowing yourself to let go and ignore what`s going on because you’ve figured it out.

Q. How can we replace bad habits with good ones?

Duhigg: There’s a principle that’s known as the golden rule of habit change: It’s very hard to extinguish a habit and again there’s neurological reasons for this. But essentially, once you’ve created neural pathways associated with a particular cue, routine and reward, trying to extinguish those, to make them no longer be in existence, that’s really challenging.

Alcoholics Anonymous is a great example of this … So the cue is a long day at work and coming home, the routine is going to a bar and having a drink and the reward is that you have this catharsis of relaxation and perhaps of a little bit of an emotional conversation …so now when you get home from a long day at work, instead of going to a bar, come to a meeting.

Q. How does this work for goals such as weight loss?

Duhigg: Losing weight isn’t a habit, it’s a goal, so the first thing you have to do is you really identify the behaviours around that, what the existing habits are and if you want to change them or create new habits.

So let’s say that you want to lose weight and that you say, every single time I get stressed I end up eating all this junk food. Or every morning at 10:30 I’m kind of starving and there’s nothing on my desk and so I go and I grab something from the vending machine and inevitably it’s not healthy. The first step there is identifying the cue. Is it when you’re stressed, is it the time of day?

Q. What one small strategy could we implement to make incremental yet lasting change in 2014?

Duhigg: You need to start small and you need to identify one thing. One of the things that we know is that there’s a lot of power in what is called the science of small wins, that if you can choose one behaviour to change, that sometimes it sets up this chain reaction that makes other changes easier to accomplish.

Charles Duhigg’s book will be available in paperback on January 7, 2014.