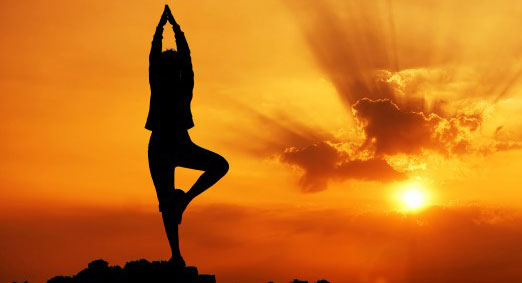 Exercise is difficult enough for healthy people, but it’s even harder for breast cancer survivors after surgery and rounds of taxing therapy. Studies have shown that exercise can buoy the health of cancer survivors, but heavy fatigue and pain after treatment can keep patients from going on a run or a bike ride. Now a new study published in the January issue of Journal of Clinical Oncology shows that yoga may be a manageable way for breast cancer survivors to work out and still attain health benefits comparable with (and perhaps superior to) other kinds of exercise.

To investigate the effects of yoga, breast cancer survivors of all ages gathered twice a week for three months to practice hatha yoga for the study conducted by The Ohio State University. Researcher Janice Kiecolt-Glaser and her team tracked two important components of diminished health: fatigue and inflammation. Fatigue from cancer treatments hinders daily activity for one in three breast cancer survivors, and less physically active survivors are more at risk for poor health and early death. Inflammation also provides an important measure of health because it drives fatigue and is linked to many problems, including cancer, diabetes, heart disease and Alzheimer’s. Kiecolt-Glaser’s study is the largest yet to evaluate how yoga affects inflammation in cancer survivors.

When the researchers assessed participants after six weeks of yoga, they found that women practicing yoga had less inflammation and reported lower fatigue than the nonyoga control group. The team reevaluated the women several months after the study ended and discovered that women who had practiced yoga achieved even greater long-term gains, with up to 20 percent reduced inflammation and fatigue 57 percent lower than the control group.

Kiecolt-Glaser has several ideas why yoga might restore health. Breast cancer survivors often have disrupted sleep, which drives fatigue and inflammation, and the women who practiced yoga slept significantly better. The deep-breathing and meditative aspects of yoga can reduce stress and this may also lessen inflammation and fatigue. A group activity like yoga also gives survivors additional social support that can boost the healing process, although the study saw no remarkable difference in mood and loneliness between those who did and didn’t practice yoga.

Research has shown that many forms of exercise provide similar benefits but yoga may be a more practical way for women to rebuild their health. With yoga, breast cancer survivors can tailor its practice to their fitness level and adapt postures to accommodate physical limitations. And yoga may offer one more advantage over other exercise. Many studies have concluded that people need to lose weight in addition to exercising to reliably reduce inflammation, but this may not apply to yoga. “When I saw that, I thought, ‘Oh boy, we’re cooked,’ because we didn’t have a lightweight group and the women in our study didn’t lose weight,” Kiecolt-Glaser says. “Yet we did see changes in inflammation. That suggests there may be something particularly beneficial about yoga.” Now meditate on that.