An Interview with Janet Attwood

Janet Attwood:  Walter Perschke: Tell us about yourself. What was the path that led you to where you are today? 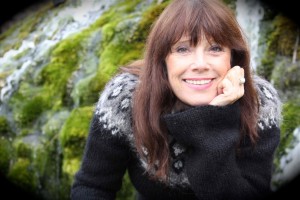 Janet Attwood: I was in a job as a recruiter in Silicon Valley and failing miserably. I didn’t realize that recruiting was right brain and it just wasn’t me. I couldn’t tell from their resumes if they were qualified or not. I am a creative person, not a business person. I learned how to type so I could use my computer now, not for a career in business. My mom said I am here for some greatness, but it just wasn’t happening. My self-esteem was at an all-time low.

I kept praying and meditating after work. There was a seminar on meditation in San Francisco that I attended. The leader said that the 100 most successful people in the U.S. all had five top passions. That was my start. I started to vision, but how the heck was I going to get myself out of this pit and come up with my five passions?

Serendipitously, I met Mark Victor Hansen, a transformational leader and speaker. He gave me a free ticket to attend a seminar by Jack Canfield and himself. I was the marketing director of a book company in Fairfield, Iowa at the time. We were selling a ton of their books and we hit it off. I set up a book signing program for them across the country. During dinner one night, the conversation included my passion for meditation, and resulted in my helping them with transcendental meditation.

Later, I was at a seminar promoting, The Enlightened Way to Wealth. One of the themes was, “If your life depended on it, how would you market your book?” There were celebrities like Melanie Griffith and Jay Abraham there. I was so intimidated I thought I would throw up.

Barbara Allen came up to me and said, “Mark and I would like to be your business partners.” There was a crowd of 500 people in La Jolla, California attending the seminar. We were meeting ahead of the start when I asked who was making the presentation. They all responded with, “You are,” and walked out of the room.

All I had was a little test I had created years ago. At the end of two hours, I got a roaring standing ovation. I thought, “I must have something here.” Afterwards, I got drunk on yogurt.

What you love and God’s will for you is the same.

That was the genesis of, The Passion Test. My agent said, “There are too many books written on passion already.” But my book, The Passion Test, was published and became a New York Times best-seller. Today, I get 100’s of emails a month from people telling me how I changed their lives.

Walter Perschke: You talk about using your GPS. Tell us about our GPS’s.

Janet Attwood: Eighty percent of Americans wake up unhappy with their lives. They never ask what their passions are. Don’t do Groundhog Day over and over again.

Get alone in a room with pencil and paper and start writing sentences that begin with, “I am.”

Creative automatic writing gets you out of monkey brain mode. Be a child and write what your world would look like after you have created it. The universe doesn’t play tricks. Know that it is never a straight line, that there may be many turns along the way.

Walter Perschke: What do passion and self-love have to do with each other?

Janet Attwood: Your passions are like breadcrumbs that lead you on to your destiny – start saying yes to those things. One door closes and another opens. On your road to passion to doing, live in the moment. Follow the breadcrumbs of your passion. Say yes to the things you think the most about. Follow the spontaneous path to self-love. I crossed paths with Hell’s Angels when I was 19. My friends said I needed to love myself more. I said, “Shut-up.” Now I teach people how to align with their own passions.

Self-love is one of the answers to success. We hear about self-love so much today we don’t even listen to it anymore. “I don’t deserve” thoughts lock the heart up.

Happy for No Reason, is a book written by my best friend, Marci Shimoff. She shows that highly successful people are all practicing some form of meditation every day and that they are all following their passions. Success follows happiness, not the other way around.

We are built with the yes gene of self-love. From abundance comes abundance, and abundance remains. You can’t give from an empty vessel. By giving you become happy so first give of yourself.

I follow a formula given to me by my Vedic astrologer: “Intention, attention, no tension.” What do you choose to show up in your life? Clarity is power, so get clear on what you are passionate about.

What are you giving your attention to? The news? No money to pay bills? When there’s nothing but problems, it may seem like there’s nothing good to think about. Successful people know how powerful their minds are. Be like a samurai with your thoughts. Damn the torpedoes, full speed ahead.

Surrender the no-tension part. A point where you stop stepping on your own hose and can say, “Okay, I have done all I can do.”

Synchronicity starts to show up to help you. That higher power is not going to leave you alone. Follow the path of least resistance.

Walter Perschke: Did you know there was a book by that title, The Path of Least Resistance, by Robert Fritz? It was published in 1984, and I studied the philosophy at that time.

Janet Attwood: Amazon has Fritz’s book in 75th place, I just looked it up. So it is still in print. I will find a copy.

Walter Perschke: Why is passion so important to success?

Janet Attwood: Passion is all about learning to become the creative force in your life. What are your gifts? How do you lead a passionate life? What are you great at, and what do people compliment you on? I have a natural inclination to do, and everything I have ever done has contributed to who I am today. Now is the time you are living. Nothing has become lost.

I wanted to be an actress when I was young. I was already older than Shirley Temple, though, so my mind told me I couldn’t do it. Our minds trick us. I am not smart enough, thin enough, tall enough, pretty enough, etc. We always forget to go within ourselves. Immerse yourself in one question until you find the answer.

When Jack Canfield took the Passion Test, he went on Amazon to write a review saying it had changed his life.

Immersion in the passion of life: Get clear on your top five passions. Do you have a plan that includes your 100th birthday speech?

Most seminars have no follow-up. You get on a high at the seminar and no energy follows you afterwards. Mine will have no drop in their passion, because I have a program to maintain that seminar-high. Collective consciousness will be practiced.

I am returning from India and going straight to Chicago for the Infinity Foundation conference on March 16.

Walter Perschke: Janet, I will see you there.