When IBM‘s Watson beat the two best human competitors at the television show Jeopardy! three years ago, the question of what the actual real-world applications of the technology might be arose. 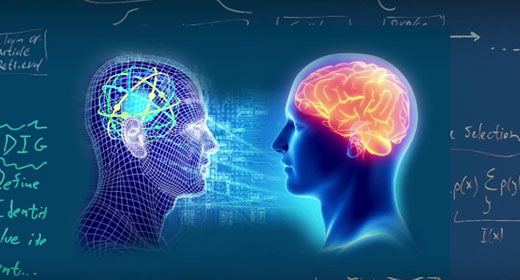 IBM has continued to develop the artificial intelligence, or as they call it, cognitive computing capabilities of Watson and applied them to medicine, business and others.

The conference was titled “Why Tomorrow Won’t Look Like Today: Things that Will Blow Your Mind,” and Watson Debater blew ours.

For the demonstration, Kelly chose a sample debate topic: “The sale of violent video games to minors should be banned.” Watson Debater was charged with presenting pro and con arguments for a debate on  this question. 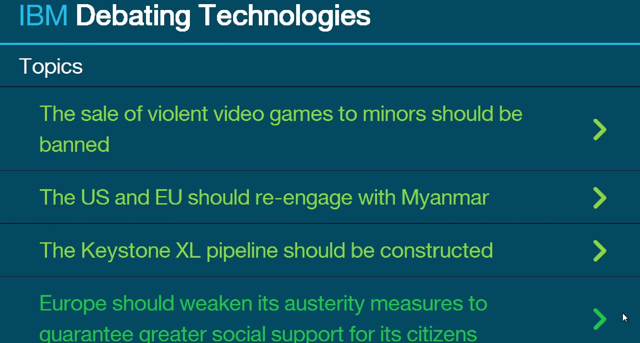 It then presented three relevant pros and cons.

Kelly notes that doctors could use the artificial intelligence to shape policies on sensitive topics, for example. At the beginning of the presentation, Kelly says that this will, “Give you a hint, and a sense of where Watson is going in the future.”

Imagine for using the tool to help individuals to form thoughtful opinions by playing out a debate on an issue with Watson.  “It’s man and machine reasoning together,” says Kelly. What other applications of the technology could you foresee?