By The Mind Unleashed: Although we don’t know exactly why, there is no question that sleep is crucial for brain and overall health… 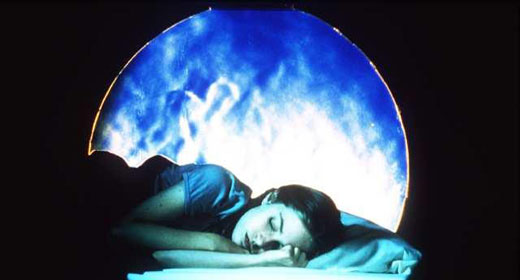 Without proper sleep, the chance of disease and stress increases notably. Now, researchers at the University of Rochester Medical Center (URMC) Center for Translational Neuromedicine have found that sleeping actually helps detoxify the brain, potentially offering clues into dementia and Alzheimer’s disease.

The study, published in the journal Science, reveals that your brain has a unique method of removing toxic waste through ‘the glymphatic system’. Even more interesting, it seems that brain cells shrink by about 60% during sleep, allowing for waste to be removed more easily.

“Sleep changes the cellular structure of the brain,”said Maiken Nedergaard, co-author of the study. “It appears to be a completely different state.”

HOW SLEEP AIDS THE BRAIN

The research looked at something called the glymphatic system of the brain. Injecting dye into the brains of mice, they watched the flow of cerebrospinal fluid (CSF) and found that the CSF flowed rapidly when the mice were unconscious (whether asleep or sedated) and barely moved when the mice were awake.

“We were surprised by how little flow there was into the brain when the mice were awake,” said Nedergaard.“It suggested that the space between brain cells changed greatly between conscious and unconscious states.”

The research is exciting for a variety of reasons. But perhaps most interesting of all is how the CSF affects the brain. The researchers found mice injected with beta-amyloid, a protein associated with Alzheimer’s disease, were able to detox the protein while sleeping. In other words, the CSF actually cleared the brain of the toxin. .

“These results may have broad implications for multiple neurological disorders,” said Jim Koenig, Ph.D. “This means the cells regulating the glymphatic system may be new targets for treating a range of disorders.”

While scientists and drug makers will now scramble to create drugs that can work alongside the glymphatic system, the study should also underscore the importance of getting a good night’s sleep, every single night.