by Kristopher Love:  An unlikely poster boy for meditation, Wolverine star Hugh Jackman revealed in the latest issue of Men’s Health that meditation “changed his life.” The August issue of the magazine features a world exclusive on his workout (and some mighty fine muscles he has too). 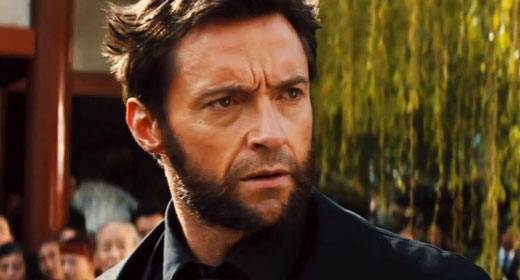 Meditation may play a role in the mindful attitude he takes to working out. He added: “Over the years I’ve really got to know my body. I know what it takes to get ready, I know how long it’s going to take to get there and I know what I need to eat. I’ve really adjusted my diet and narrowed it down to the least painful way for me.” Looking fit comes at a price however, as his diet involved eating one piece of steak a day and was so off-putting towards the end, that he’s thinking of becoming a vegan. “I eat one steak a day minimum. Now I don’t know any doctors recommending a 12oz steak every day. I’m pretty sure that’s not good.”

The star has been very open about relaxation and meditation, which has become a fundamental part of his wellbeing over the last 20 years. He said: “I practise different strains of meditation and its really changed my life. It is not a religious thing.”

This isn’t the first time the actor has spoken about it – he explained in an interview to Oprah:

“In meditation, I can let go of everything. I’m not Hugh Jackman. I’m not a dad. I’m not a husband. I’m just dipping into that powerful source that creates everything. I take a little bath in it.”