Researchers May Have Found A Way To Bring Back Memories

by 33rd Squared: Researchers are hopeful of a breakthrough in curing Alzheimer’s disease… 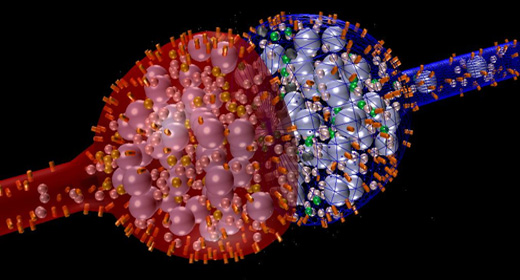 following a study that shows a way of bringing back the lost memories of dementia patients.

Scientists at the University of California, San Diego School of Medicine have erased and successfully reactivated memories in rats, offering hope that the same can be achieved with humans.

The study, published in the journal Nature, is the first to show the ability to selectively remove a memory and predictably reactivate it by stimulating nerves in the brain at frequencies that are known to weaken and strengthen synapses. The work builds on earlier research on NMDA receptors.

This is done by stimulating nerves in the brain at frequencies that are known to weaken and strengthen the connections between nerve cells, called synapses.

Roberto Malinow, a professor of neurosciences and senior author of the study, said: “We can form a memory, erase that memory and we can reactivate it, at will, by applying a stimulus that selectively strengthens or weakens synaptic connections.

“Since our work shows we can reverse the processes that weaken synapses, we could potentially counteract some of the beta amyloid’s effects in Alzheimer’s patients.”

Scientists optically stimulated a group of nerves in a rat’s brain that had been genetically modified to make them sensitive to light, while simultaneously delivering an electrical shock to the animal’s foot. This process is known as optogenetics.

The rats soon learned to associate the optical nerve stimulation with pain and displayed fear behaviors when these nerves were stimulated. For the next stage of the experiment, the research team stimulated the same nerves with a memory-erasing, low-frequency train of optical pulses. The rats subsequently no longer responded to the original nerve stimulation with fear, suggesting the pain-association memory had been erased.

The study’s most startlingly discovery, scientists found they could re-activate the lost memory by re-stimulating the same nerves with a memory-forming, high-frequency train of optical pulses. These re-conditioned rats once again responded to the original stimulation with fear, even though they had not had their feet re-shocked.

In terms of potential clinical applications, Malinow, who holds the Shiley Endowed Chair in Alzheimer’s Disease Research in Honor of Dr. Leon Thal, noted that the beta amyloid peptide that accumulates in the brains of people with Alzheimer’s disease weakens synaptic connections in much the same way that low-frequency stimulation erased memories in the rats.