Too Much Electric Car News!

by Zachary Shahan:  When I started blogging, the Nissan Leaf and Chevy Volt weren’t even on the market yet, let alone any other mass-market electric cars. 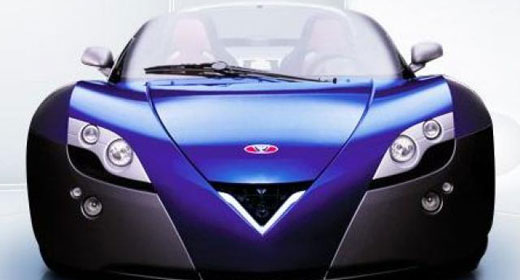 CleanTechnica was publishing approximately 3 articles a day, mostly about solar power, wind power, and sad American politics. Now, we publish approximately 15 articles a day but absolutely can’t keep up with all the big cleantech news that is coming out. Solar power has grown in leaps and bounds. And the number of electric cars on the roads has grown from almost nothing to about half a million.

We’ve tried to keep up with all the big electric car news by reposting articles from sister sites, but that is even too much now. So, I’m going to go back to a model I’m not a big fan of — roundup posts. I think these are useful for a good number of you, but there’s no doubt about it: they don’t get as much attention as normal posts, and all the great articles listed in them definitely don’t get as much attention. I will try to find some fun ways of making these more popular. But more than anything, if you want to help out in spreading these good stories, share these roundup posts!

This first one is a beast of a post. Apologies. And you’re welcome!

Tesla is special, so it’s getting its own section here. 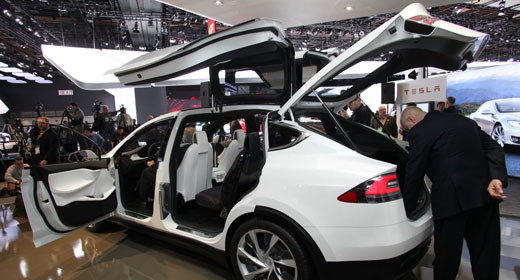 The Tesla Model X will be more “female friendly” according to Tesla CEO, Chairman, & Chief Product Architect. It’s not entirely clear what that means, but Chris DeMorro provides some thoughts. Mass production of the Model X, by the way, is still slated for the 2nd quarter of 2015.

Elon Musk may get controversial with patents. “Controversial” is actually his term, not ours. It’s not yet clear if this would be opening them up for others to use or if it would be something else. Musk said he’d have to “carefully explain” what he’s talking about… we’re on the edge of our seats! Chris discusses some of Tesla’s patents in his article, and he also provides this bit of history: “This wouldn’t be the first time a game-changing patent was released by an automaker for free. The three-point safety belt found in every car in the world was invented back in 1959 by Volvo engineer Nihls Bohlin. Volvo then applied for an open patent, allowing every other automaker to use the their patent for free. Countless lives were saved by this move, and countless more could be saved if Tesla opens up its patent book.”

The Tesla Model S is finally coming to Australia! The price, of course, is a bit higher thanks to Australia being on the other side of the world from California, as well as duties, taxes, etc. More details on EV Obsession.

How long is it going to take bloggers to realize that Tesla doesn’t need to “Step Aside,” “Move Over,” “Watch Out,” etc., etc., for electric cars like the Kandi electric vehicle, Buckeye Bullet, and other electric cars that will never come to market or will never compete with Tesla’s models. People, stop writing such nonsense! I don’t care how many clicks it gets you!

Tesla hasn’t forgotten about its groundbreaking Tesla Roadster. The Roadster will be getting an upgrade later in 2014. being his normal teasing self, Elon said that it would be “something cool” for the ~2,300 people who have three-year-old Roadsters.

If Tesla built a truck… Chris has a long wish list. I don’t understand why Chris doesn’t just talk to Elon about this.

The Nissan Leaf crushed the Chevy Volt in May sales in the US. It was the first time the Leaf rose above 3,000 sales, and that put its monthly total about twice as high as the Volt’s. Can we now declare this head-to-head sales race over? Or is the Volt capable of making a comeback like the Leaf did?

That by no means implies that Chevy Volt owners don’t love their cars. One Volt owner who lost his Volt for a month due to someone rear-ending him, recently lamented on the GM-Volt.com forum how miserable he is driving a gasmobile again. “Since then, I have spent over $200 dollars in gas, wasted time at the gas station, and had to live with a ICE Car (What is this constant jerking motion as its changing gears?),” he noted, as well as: “I now realize how much I miss my Volt.” Distance does make the heart grow fonder, doesn’t it?

Back to Nissan, word on the street is that it will be releasing two plug-in hybrid electric cars next year.

Chinese electric car giant BYD is set to sell more stock in order to raise funds for the production of more electric buses, which are in high demand.

Speaking of BYD’s electric bus, it just passed federal crash tests in the US. So, it’s now legal for US roads and we can expect some initial pilot programs using it to start soon.

BMW i is headed to China. BMW is following close behind Tesla in the hot Chinese auto market. It is slated to bring its i3 and i8 plug-in cars to the red giant this September. “The BMW i3, which starts at $41,360 here in the U.S., will be priced at $72,000, which sounds expensive but is actually cheaper than many analysts predicted,” Chris notes.

An updated Mitsubishi i-MiEV is finally headed to dealers. It will be the cheapest electric car on the US market, but it’s also sticking with its original 62-mile range. That’s also a US low. That said, it is getting a number of upgrades: “Heated front seats are now standard equipment, as is the CHAdeMO Level 3 fast charger. Mitsubishi also added a leather-wrapped steering wheel and shifter knob, battery warning system, heated side mirrors, front fog lamps, and other features.”

Top Gear star James May is going electric. The irony is hilarious (and sad). Top Gear has bashed electric cars for years, turning off countless people to the awesome technology. But the awesomeness has finally gotten to one of the stars, James May, who is buying a BMW i3.

Your neighborhood copper may be driving around in a Ford Fusion Energi soon. Some of the ones in Indianapolis apparently will be, as they just bought 50 of the plug-in hybrids.

You can now rent the Chevy Spark EV at Hertz. “With a 119 MPGe, the Spark EV is more efficient than any other electric car save the Scion iQ EV (which isn’t on the consumer market) and the leading 124 MPGe BMW i3.”

Monster Tajima is getting ready for Pikes Peak, with eyes to break another record. Check out the post on Gas2 for more info, and this video:

A new rideshare social network is out. Can Faxi reach the level of Uber and Lyft, and even rise above them? “One of the neat things about this rideshare platform is that it allows for the creation of groups that have a regular schedule (such as school drop-offs, commuting, or sports practice), and gives each group a private web page to manage their routes and to communicate with each other securely.” It’s also free.

Want to design an electric car? Do it in 3D! That’s the only way to go, right?

Is Visiobike a smartphone or an electric bike? “Does the world of electric bikes need shaking up? The creators of Visiobike think so, and thier beautiful e-bike has turned to IndieGoGo for funding. With two years of development time already behind them, it’s make-it or break-it for this stunning vision of the future.”

No sleeping in self-driving cars, California says. I’m not sure how it matters if someone sleeps in a car that is driving itself or not, but with the whole concept still a bit odd and futuristic, California has decided to take baby steps and make sleeping in self-driving cars illegal. As long as you’re not caught drooling, however, maybe you can get away with saying that you were simply resting your eyes. Other rules on these cars are coming out in the Golden State as well. Have a quick read for the deets.

Ford & Samsung are working to slim down conventional lead-acid batteries in cars and switch them over to lithium-ion. The idea is that this would drop the weight by about 12 pounds for the same performance.

Japanese EV sales aren’t looking to hot lately. Dropping to their lowest level in two years, the only model seeming to do okay is the Nissan Leaf, which commands 47% of the market.

Toyota, Honda, Mitsubishi, and Nissan seem to think lack of charging stations may be a big part of the problem. They have formed an alliance to bring a national EV charging network to Japan and called it the Nippon Charging Network

An Australian company has debuted its EV fast charger in Europe. How will it fare? Will it survive? Will it sound funny?

EV Connect has secured a $150 million loan from the New York Power Authority to further build out New York’s EV charging infrastructure. “Ultimately, New York wants to offer some 3,000 EV charging stations across the state as part of its contribution towards putting 3.3 million EVs on roads by 2025.”

Is this living algae battery 200x better than current EV batteries? That’s the high claims of creator Adam Freeman. He “says his algae battery charges faster, lasts longer, and holds more energy than current battery technology.” We’ll see. But wait, what would the cost be? “Freeman says that with $1,500, he can put together a prototype, and that for just $5,000, his algae batteries could be ready for mass production by the end of the summer.” Hmm, call me skeptical but that sounds “too good to be true.” As Bob Wallace always says, “big claims require big proof” (or something like that).

Speaking of batteries… an aluminum-air battery gives this EV 1,000 miles of range. Important side notes: aluminum and air are very light, further benefiting the EV & its range; these batteries can’t be recharged at home; the price was not mentioned, but it’s clearly not cost-competitive (otherwise it would be on the market).

And here’s one final (not-quite-electric) story: the Honda Accord Hybrid, which got a wicked (for a hybrid) 47 MPG rating from the EPA, apparently only gets 40 MPG in real life, according toConsumer Reports. Yeah, I’d go with the 124 MPGe BMW i3 instead.