by Dolores Cannon:  There have been many prophecies and visions of our future and the evolution of consciousness of our world. 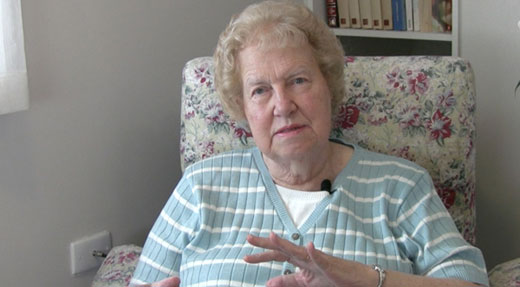 Dolores Cannon has been at the forefront of this investigation, researching what she calls the “lost knowledge”—the origins of life on Earth and throughout the universe. In this article she shares this information, which she admits is controversial: a view of planetary transformation that is both mind-bending and awe-inspiring.

AND I SAW A NEW HEAVEN AND A NEW EARTH, FOR THE FIRST HEAVEN AND THE FIRST EARTH WERE PASSED AWAY. —REVELATION 21

My research in the field of hypnosis has taken me on unimaginable journeys through time and space to explore the history of the past and the possibilities of the future. When I first began my investigations through past life therapy, I thought I would only find people remembering lives on Earth, because naturally that was all we knew about. My belief system has really been stretched and extended over the past thirty years. As my work progressed, I was given a great deal of information about the beginning of life on Earth. I was told that this is the time for this knowledge to come forth. We are moving into a new world, a new dimension, where this information will be appreciated and applied.  During my work, I have heard much about everything being composed of energy; the shape and form is only determined by the frequency and vibration. Energy never dies; it only changes. I have been told that the Earth is changing its vibration and frequency and preparing to rise into a new dimension. There are countless dimensions surrounding us all the time. We cannot see them because as the vibrations speed up, they are invisible to our eyes. It is important for us to know more about this shift to a new dimension because it is coming soon.

Earth is a school that we go to and learn lessons, but it is not the only school. You have lived on other planets and in other dimensions. You have done many, many things you cannot even imagine. Many of the people I have worked with in the last few years have regressed to lifetimes where they were light beings living in a state of bliss. They had no reason to come into the Earth’s density and negativity. They volunteered to come to help mankind and the Earth at this time. I have encountered what I consider to be three waves of these new souls who are living on Earth. They have come at this time because most of those who have been here for lifetime after lifetime have become bogged down in karma and are not advancing. They have lost sight of the purpose for being here. The first wave of these souls, in their late 40s to early 60s now, had the most difficult time adjusting. They didn’t like the violence and ugliness they found in this world and wanted to return “home”—even though they had no idea, consciously, where that might be. The second wave is now in their late 20s and early 30s. They are moving through life much more easily. They are generally focused on helping others, creating no karma, and normally going unnoticed. The third wave is the new children, many of whom are now in their teens. They have come in with all the knowledge needed, on an unconscious level. Their DNA has already been altered and they are prepared to proceed with little or no problems. Some of these children are only nine or ten years old and have already graduated from college. They are forming organizations, and amazingly, these are organizations to help the children of the world!

PREPARING FOR THE NEW EARTH

As the New Earth is formed, when you first cross over, you will be in your physical body. Eventually over time it will turn into a light body, just the way these other beings are. My subjects are being told that they must change their diet in order to make the adjustment into the new world. You have to be lighter. Heavy foods will hold you to the old Earth. They have said many times that the ideal foods are live foods: fresh fruits and vegetables. Lighter foods will allow you to change your vibration and the frequency more easily.  They say to stay away from sugar, and to drink lots and lots of water; the true value of water is unfathomable. Many people have asked, “What am I supposed to be doing?” We are here to help each other,being there for each other. There are two things that we have to get rid of in order to go to the New Earth: negative karma and fear. There is good karma and negative karma. As long as you are bogged down with negative karma, you are going to remain on the old Earth, because the way the law of karma is set up, you must repay it. Too many people are caught up in negative karma and do not know how to release it. That is the reason why new souls had to come, because they don’t have karma, and they can help others to release theirs. You have had many lifetimes with the same people, going over the same circumstances and not resolving it. Until you can stop that cycle and get off of the wheel of karma, you are not going to be able to evolve upward. The way to get rid of negative karma is to forgive and let go. Some of my clients have said, “I can’t forgive them, you don’t know what they did to me.” That is what makes people sick: holding on to this baggage and garbage and not letting it go. You have to let it go because it is not hurting the other person, it is only hurting you.

The first thing you’re going to have to do is forgive. Now, sometimes that is difficult to do face to face with the person. And sometimes the person with whom you have negative karma has died. You don’t have to face the person to ask for forgiveness and to forgive them; you can do it mentally. Picture the person in your mind and just speak to him or her mentally. Focus on the person and send your forgiveness and love. Everything comes back to love. It all goes back to your treating others as you would want to be treated yourself. It begins to turn to the vibration of love and that is the most powerful thing there is. Now, the second thing you have to doafter that is to forgive yourself, which is also very difficult. People are always good at blaming others without looking at themselves. It takes two to create a situation. Even though you consider yourself to be the victim, you’re still a part of the whole thing, perhaps even from a previous lifetime. You have to look deep inside to be able to see and accept your part in the circumstances, and then forgive yourself. Release it and let it go. It has no place in your life any more. The second most important thing they say you have to do if you want to go to the New Earth is let go of fear. Fear is a paralyzing emotion. It’s the strongest emotion a human has. If you don’t understand something you are going to be afraid of it. Fear drags you down and holds you back. If you have love there is no fear, but many people live their entire lives in fear. There is so much on TV, in movies, and elsewhere trying to generate fear. You have to think for yourself and ask lots of questions. Make up your own mind.  Then what you come up with will be your truth. Most of the time what we fear never happens anyway. Fear is so powerful that when you think of something on and on, through the law of attraction you draw that very thing toward you. You have to get rid of fear because it is debilitating and binding; it will hold you to the old Earth. Meditation is very helpful. They say the best time to meditate is just before the sun comes up, when all the Earth is quiet and still. Any time that you can set aside for yourself to be quiet, alone, and just relax will be beneficial. Then ask your questions and listen for your answers.

At a recent conference I attended, Annie Kirkwood, author of Mary’s Message to the World, described a vision she had of this transformation. She saw the Earth sphere begin to pull apart, like a cell when it divides in two, and then it separated into two Earths. And on the New Earth she heard them saying, “We did it, we did it!” On the old Earth she heard them saying, “Poor thing, she died believing all that.” One group is not even going to be aware that anything has happened. I would like to end with a quotation from my book, Convoluted Universe Book Three, a message given during a session with one of the souls who have come directly from God  “You are God. It is given to you to manifest your God beingness. Open your God self, and allow the light to enter. From within, will come such light. It will manifest from the very core of your being. The world which you envision is already inside of you. You are not moving to another planet. You are breaking out of your shell. This planet—this shell—is bringing forth that light. It is given to you to enter your light fully, fullyand to draw it out. And to say, I AM LIGHT. Nothing in God’s beingness can exist without the permission of God. I say to you, YOU ARE GODS. YOU ARE THE LIGHT!”