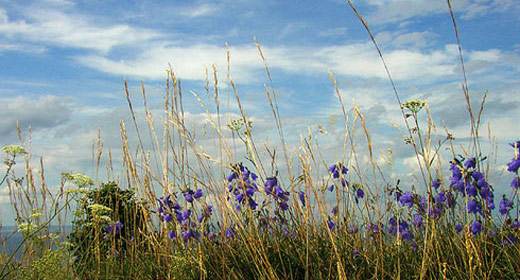 The great lesson from the true mystics, from the Zen Monks, and now also from the Humanistic and Transpersonal psychologists—that the sacred is in the ordinary, that it is to be found in one’s daily life, in one’s neighbors, friends, and family, in one’s back yard, and that travel may be a flight from confronting the sacred—this lesson can be easily lost. To be looking elsewhere for miracles is to me a sure sign of ignorance that everything is miraculous.
~ Abraham Maslow

I am a psychologist and mindfulness teacher in the bay area and have studied and practiced the art of cultivating sacred moments in daily life. I came to this through my own journey of realizing that I was so bombarded by so much stimulation and information and felt a pull to automatically rehash the past or spin our wheels over the future that I felt I was missing the life that was in front of me, in the here and now. I grew up with a rabbinic father who would come home after being with various people on their death beds and he would share with me their thoughts. “If I just had it to do over, I wouldn’t have spent so much time in the office, I would have been more present with the people I loved.” I felt there was a sacredness or preciousness to life that I wasn’t paying attention to as much as I wanted. It’s difficult to recognize the preciousness of life when we’re not attending to it. I had to look at my life. Not surprisingly, I noticed that our media, which has become eye candy to many, more often than not draws us into negative content that fills our minds. In my research on cultivating sacred moments in daily life, I found that there is a rising amount of stress in western society that appears to be due to the increasing complexity of responsibilities and events (i.e., 9/11).

[I experienced sacred moments] through this process. I never noticed any spiritual moments before this…[the words] unique, holy and worthy of reverence was not within the scope of my intellectual reaction of things. To be able to pray was something that I was not willing to [do].

Because of the groundbreaking nature of weaving spirituality into psychology, this study was then published in the Journal of Clinical Psychology.
Psychology is becoming more interested in those moments that transcend and include the ego, are non-ordinary, and are personal. Arthur Hastings, a leading Transpersonal Psychologist points out:

These experiences are usually defined as going beyond the ordinary sense of identity or personality to encompass wider dimensions of the psyche and the cosmos. This can include experiences of intense love, enhanced perception, a sense of merging into a more comprehensive identity, spiritual and religious experiences, psychic awareness. . . . Other definitions suggest that transpersonal means optimal health and well-being, holistic development of the self and the psychology of transformation.