Why You Win When You Do What You Love

by Mind Body Green: How you motivate yourself may determine how successful you are at a given task… 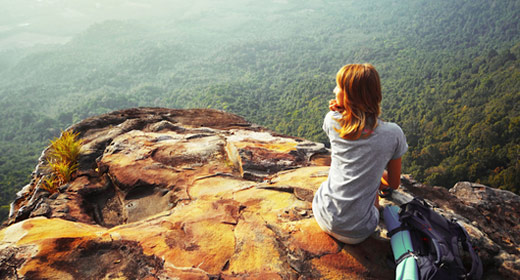 according to a fascinating new study that suggests people who intrinsically desire to perform a job ultimately do it better, and for longer periods of time.

To determine the effects of different motivators, researchers from Swarthmore and Yale analyzed data culled from more than 11,000 cadets at the United States Military Academy at West Point. They wanted to find out whether external motives — which they call instrumental motives — result in long-term success, or whether intrinsic motives — what they call internal motives — are better predictors of achievement. For example, an instrumental motive would be making more money later in life thanks to a West Point pedigree, while an internal motive might be something like a strong sense of duty to one’s country.

The New York Times has more on the implications of these results:

Our study suggests that efforts should be made to structure activities so that instrumental consequences do not become motives. Helping people focus on the meaning and impact of their work, rather than on, say, the financial returns it will bring, may be the best way to improve not only the quality of their work but also — counterintuitive though it may seem — their financial success.

In other words, rather than hiring any employee and offering her financial bonuses for hitting certain performance goals, it would be better to spend time hiring a person who loves the job, then also rewarding that person when they do the job well. In this way, the instrumental motivation doesn’t become a goal; it’s simply a consequence of the internal motivation.

So keep doing what you love, because loving it is enough — and it will probably make you better at it in the end!