8 Things You Didn’t Know About Your Soul

by Annie Kagan:  My brother Billy woke me at dawn three weeks after his death to assure me that “Death isn’t as serious as you think it is honey, so far it’s very enjoyable. 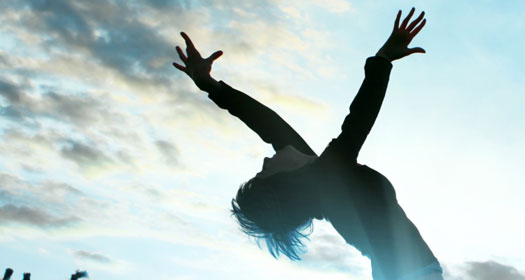 Couldn’t be better really.” Was I imagining things? Maybe, but the energy that came along with his voice made me absolutely euphoric. As Billy’s visits continued, I realized that my bad-boy-drug-addicted-living-on-the-edge brother was telling me about the mysteries of the cosmos.

Here are some things he said about the soul:

8 Things My Bad-Boy Brother Taught Me About The Soul

1. People on earth sometimes get glimpses of each other’s souls, like when they fall in love. Being in an earthly body and looking through physical eyes limits your ability to see the soul. Your physical eyes can’t see the soul directly, so it remains invisible.

2. Your soul is propelled into your body when you’re in the womb. It then becomes the invisible force that gives you life. And when the time is right, your soul is launched up into a luminous dimension at the moment of your so-called death.

3. After you die, you are your soul. You’re still yourself, but without your body. As you float through the next dimension, you feel bliss. Bliss is like being in love multiplied by a thousand. That kind of bliss isn’t compatible with the human body because bodies are subject to certain laws. There are soul laws too but they’re lenient and easygoing, inclined in your favor.

4. Every soul is unique in very beautiful ways. Some are just further along the path of development than others, and that’s okay. On earth there’s a lot of who’s-better-than-who type issues and that causes a lot of suffering. Souls are not envious or competitive, so meeting one that’s more advanced is a big plus!

5. In the Afterlife the love of the Higher Souls transform you. It’s not like earth love. Not dependent on what you do or how you look. On our planet, people talk about unconditional love, but until you’ve actually been loved that way it’s impossible to understand the power of it.

6. We don’t have even a vague idea of the soul’s divine magnificence when we are alive. If we could see the ravishing beauty of the soul while we’re on earth, we’d be so overwhelmed we probably couldn’t function. You’d go into a store to buy something and get hung up for hours marveling at the cashier’s soul. If you saw the soul of your so-called enemy, you’d probably fall in love with them, and then what?

7. If we could see each other’s souls, all war would end and everyone would stop what they’re doing and go feed the hungry children. The soul is that powerfully good. Earth would become one big love-in.

8. As souls, there’s nothing we want or need from each other anymore, except to enjoy each other’s light. That’s it. No words, no attachments, no demands. We’d all just be Universes radiating light.

When she was sixteen, Annie Kagan was signed by a producer from Columbia Records. After 10 years of performing her songs in New York City clubs, Annie returned to college and became a chiropractor with a private practice in Manhattan. Following a chance meeting with a spiritual teacher from the East, she began an intense meditation practice that eventually led her to leave her career as a doctor and her hectic city life in search of serenity. She moved to a small house by the bay on the tip of Long Island and returned to songwriting, collaborating with Grammy and Emmy award-winning producer Brian Keane. When her brother Billy died unexpectedly and began speaking to her from the afterlife, her future took a surprising turn. She recorded her conversations with Billy from the other side and published them in her debut book The Afterlife of Billy Fingers.www.afterlifeofbillyfingers.com