Eco Efficiency: How Modern Transportation is Cutting Back on Fossil Fuels

By Brook Chaplan: The United States is now at “peak oil.” This means our country has reached its mid-point in the supply of petroleum… 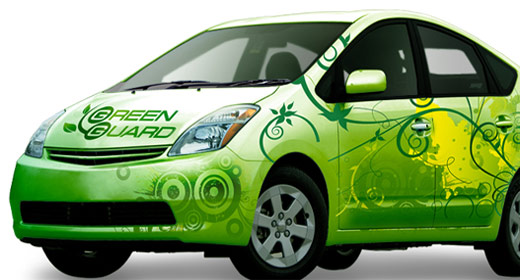 Currently, it is becoming increasingly difficult and expensive to extract oil. Natural gas is being considered as an alternative to oil, but is also a non-renewable fossil fuel, and America does not have adequate gas reserves. Much of our gas is imported, and with great difficulty, since gas is not easily transported over long distances.

The good news is that there are alternatives to fossil fuels. In fact, some of them are on the road right now! This article will present the exiting news of how our transportation systems are currently using new, more efficient resources.

An electric car has an electric motor instead of a gasoline engine. A “controller” sends electricity to the electric motor based on data from the accelerator pedal. The controller derives its power from one of three sources: a rechargeable battery bank, a gasoline engine generator, or a hydrogen fuel cell.
In the majority of electric cars, electricity is sourced from a rechargeable battery pack that is plugged into a standard house outlet, a home charging system, or a charge station supplied by a public utility. Charging from a household outlet takes up to 12 hours. A car can be fully charged by a public station in 1 hour.

The Nissan Leaf is a medium-sized electric car that came on the market in April 2013. It is powered by lithium-ion batteries, so there are no gas emissions polluting the air. The car has a driving distance of 100 miles on a full charge. Charging at home with a 200-volt outlet takes up to 8 hours, which is easily done overnight. Alternatively, charging can be completed in 30 minutes with a quick charger. A remote-controlled timer can be programmed to recharge batteries. A dashboard monitor indicates remaining power, and shows the location of nearby charging stations. Driving range is 73 miles. Manufacturer Suggested Retail Price (MSRP) is $29,000. The car qualifies for a $7,500 federal tax credit.

The proven Tesla powertrain, the Model S delivers both unprecedented range and a thrilling drive experience for an electric vehicle. With a rigid body structure, nearly 50/50 weight distribution and a remarkably low center of gravity, Model S offers the responsiveness and agility expected from the world’s best sports cars while providing the ride quality of a sedan. In the luxury class, the Model S starts at about $70,000 before any federal or local EV tax incentives.

Current hybrid cars are termed “parallel hybrids.” Hybrid cars run on a combination of electricity and gas. A hybrid uses a small electric motor for low-speed driving, and switches to a regular gas engine for acceleration and faster driving. The name “parallel” refers to the fact that the engines work side-by-side.

On the market since 2011, the Volt is made by General Motors. This is a plug-in hybrid electric car with a gasoline generator. It is powered by a standard household 120-volt outlet. Charging its lithium ion battery pack takes up to 10 hours. The battery powers the car for the first 38 miles. Thereafter, the generator provides electricity for the motor, rendering power for another 340 miles. The Volt is a mid-size 5-door hatchback. MSRP is $34,185. It is eligible for a $7,500 federal tax credit.

The Toyota Prius is a hybrid electric hatchback that first came on the market in 2001. Since then, Toyota has continued to improve the Prius. It runs on a gasoline engine along with 2 electric motors. The Prius averages 50 mpg for city/highway driving. MSRP averages $24,000. The Prius is eligible for a federal tax rebate of $2,500.

Ethanol – Ethanol is an alcohol-based, renewable fuel manufactured by the fermentation and distillation of crops such as barley, wheat, or corn. It can be blended with gasoline to decrease emissions. Currently, the most popular alternative fuel is E85, a mix of 15 percent unleaded gasoline and up to 85 percent ethanol. Vehicles that can be powered by E85 are called flexible fuel vehicles, flex-fuels, or FFVs. These cars are common in the Midwest, where corn is a major crop and the primary source for ethanol fuel production.

Biodiesel – Biodiesel is a domestically-sourced, renewable fuel that can be made from animal fats, vegetable oils, or recycled restaurant grease. It is biodegradable and non-toxic. It is actually a blend of diesel and 5% biodiesel.

According to etrucking.com, the Safeway grocery chain, has converted more than 1,000 of its trucks to biodiesel. It projects that this will remove nearly 7,500 cars from the road per year.

Hydrogen – Compressed hydrogen gas can fuel two different types of cars – fuel-cell vehicles, and cars that have an internal combustion engine specially engineered to use hydrogen instead of gas. In a fuel-cell vehicle, hydrogen and oxygen are combined to produce electricity to drive electric motors. The only byproduct of hydrogen-powered cars is water vapor. However, hydrogen cars are currently scarce because the technology for hydrogen fueling stations is in the developmental stage.

The Honda FCX Clarity is the only affordable vehicle in the US with hydrogen fuel-cell technology. It is a 4-passenger sedan. The FCX has a driving range of about 240 miles. It is available for lease in southern California.

The Alternative Fueling Station Locator will help you find a fueling station near you. You provide your address, state, or zip code and select the type of fuel you want:

The program will then do a search for you and generate a map showing the geographic area and addresses of stations near you. Soon all these new technologies will be able to be accessed almost anywhere.

In an effort to save fossil fuels from becoming extinct, the transportation industry is cutting back on their use. We now have a variety of alternative fuel vehicles to choose from: electric, hybrid, fuel-flex, biodiesel, and hydrogen. It’s great fuel for thought!