By Lewis Richmond: Right Intention and Right View (or, as I prefer to say, Awakened Intention and Awakened View) are the first two practices of the Eightfold Path… 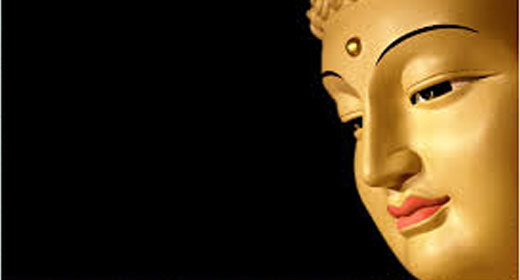 Together they comprise the wisdom aspect of the path. They are, in a sense, a way to see the world through Buddha’s eyes. Awakened Intention is key, because it provides the proper motivation for taking up the Eightfold Path in the first place. Prince Siddharta left home and became a spiritual seeker for one compelling reason: to understand the needless suffering human beings cause themselves and others and to find a way to assuage it. In modern parlance, we could say he was asking, “Why is the world so messed up? Why are people so selfish and cruel to each other?” Or in the words of Los Angeles riot victim Rodney King, “Why can’t we all just get along?” These are profound questions, ones that the youth of every generation ask as they come of age. What is also notable about Siddhartha’s intention is that as a prince of privilege, he already had every satisfaction his world had to offer — except an answer to these questions. The Eightfold Path he eventually came to teach is a path of sympathy, emotional engagement and helping others. On a scale with total selfishness at one end, and Mother Teresa at the other, the Eightfold Path is definitely on the Mother Teresa end.

Awakened View or Understanding is similarly not an abstract theory about how the world works, but a purposeful analysis of why people cause needless suffering and how they can stop doing it. In fifth century B.C. India, there were numerous philosophical and metaphysical schools teaching various theories about matter, spirit, soul, causation and the appropriate way to live. Siddhartha studied these theories, but rejected them in favor of a more experiential approach. He was, like the pre-Socratic Greeks, among history’s first empiricists, relying on his own experience and observation to understand the world. He came to three core conclusions about the way the world works, called the “three marks of conditioned existence.” These three are radical impermanence (anicca), pervasive suffering (dukkha) and no fixed or permanent personal identity (anatta).

Impermanence or constant change was not merely an abstract scientific theory for Buddha (although present-day physics teaches it as such). It was an emotional and spiritual starting point. What it means to us personally is that everything we know and love (including our precious selves) is bound to change, fade, pass away and disappear — everything! What makes this truth so relevant to the core question of why people suffer is that we don’t like it. We would prefer that it were otherwise; we wish that an exception could be made for ourselves. In other words, when it comes to our own well-being we have a bias toward selfishness. We don’t want to lose what we love, we don’t want to grow old, become ill and die. As human beings with the gift of self-awareness we are acutely aware of this truth and how it impacts our lives, and consciously or unconsciously we are always creating strategies to push impermanence out of the way or out into the future as much as possible — even if that causes suffering for other people.

And while it is not always explicit in Buddhism’s doctrinal teachings, it is clear that the more people have to lose, the greater their fear that they might lose it, and the more they utilize whatever power and influence they have to avoid loss. This has implications for the causes of suffering that stem from social, economic and political factors. People with power and possessions — the “haves” — manipulate the world for their own benefit. They always have and probably always will. This causes endless difficulty for the “have-nots,” who suffer through no fault of their own, and must try to survive in a world unfairly tilted against them.

This deep tendency of ours to manipulate the world to avoid loss leads to the second insight of the Buddha, which is the pervasive and inescapable fact of dukkha, usually translated as suffering. I prefer to translate it as “loss,” because that’s what it is — the loss of something that matters to us. The cause of dukkha is taught in Buddhism astanha, usually translated as “clinging.” But I like “fear of loss” better because it includes the suffering of the have-nots as victims of the haves, as mentioned above. Buddhism has often been criticized — with some justification, I think — of neglecting the societal causes of suffering in favor of psychological ones, and of being too focused on inward transformation rather than societal change. The Buddha himself, as a person of privilege who gave up his power, status and possessions and lived as the poorest of the poor, could not have been oblivious to this dynamic. But the institutions that have preserved Buddhism through the ages have not always been so self-sacrificing. In fact, like all institutions, they have been prone to corruption and over time acquired wealth, privilege and power themselves. Buddhism is practiced and sustained by human beings, with all the faults and corruptions human beings are prey to. That is how it is.

Seeing the world through Buddha’s eyes is the work of a lifetime, one that constantly needs to be renewed at every life stage and in every societal circumstance. In my next post I will take up the topic of anatta — “no fixed, abiding self or identity” — a topic sufficiently complex that it requires its own separate discussion.