Americans’ Cars Are More Fuel-Efficient Than Ever 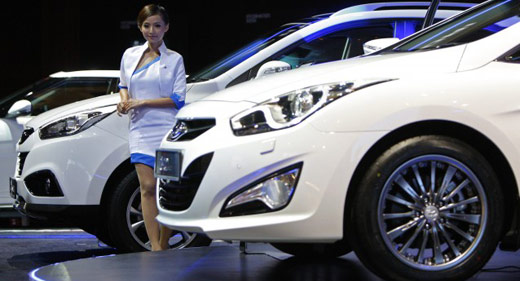 “Our report shows that today’s vehicles are saving Americans money at the pump while emitting fewer greenhouse gasses,” EPA head Gina McCarthy said in a statement. “We are thrilled to see that manufacturers continue to innovate and are bringing technologies to improve fuel economy online even faster than anticipated,”

At 28.1 mpg, Mazda had the highest average fuel economy for 2013 model-year cars sold in the U.S., followed by Honda at 27.4 mpg and Subaru at 26.7. Estimates for average 2014 economy still show growth, but at a far more modest pace: up to 24.2 mpg, just .1 mpg better than in 2013. McCarthy, however, told reporters during a press conference not to be “discouraged” by 2014 projections, which she called “conservative.”

In 2012, the Obama administration finalized new rules on cars and light trucks that will bring the vehicles’ average fuel economy to 54.5 mpg by model year 2025. The standards are projected to cut 580 million metric tons of greenhouse gases by 2025, but they don’t mean that every car made in 2025 and onward will get 54.5 mpg — as long as the average of all new cars evens out to 54.5 mpg, automakers will be in line with the standards.