by Peter Diamandis: Elon Musk’s announcement of a semi-autonomous Tesla Model D this past week is one of many autonomous vehicle announcements coming your way… 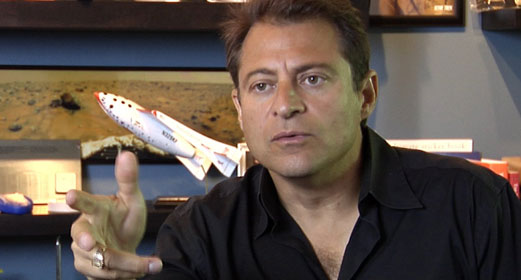 And the implications of self-driving cars will be staggering.

In this blog, I want to outline and explore those implications, and give you context on the dematerialization, demonetization and democratization of transportation, an area I spend time thinking about in my Abundance 360 community.

During the 1980’s and 1990’s, the U.S. Defense Department spent hundreds of millions of dollars on autonomous vehicles, but it wasn’t until the 2005 DARPA Grand Challenge, a $2 million incentive prize, that the first truly autonomous vehicles (AVs) able to navigate long distances (a 150-mile route) at significant speeds (>30 mph) came into existence.

The Stanford University Racing Team, headed by Sebastian Thrun, won the competition with their car named ‘Stanley’. In addition to Stanley that year, four other driverless cars successfully completed the challenge.

In late May 2014, Google revealed a new prototype of its driverless car – a cute 2-seat vehicle sporting NO steering wheel, NO gas pedal, and NO brakes. 100% autonomous.

And Google isn’t the only player in the game.

Combine that with legislation passed in four U.S. states and the District of Columbia allowing driverless cars, and you have the beginning of disruption.

What will happen when the roads are ruled by autonomous vehicles?

Here are some of my favorite implications.

A Cultural Shift to Sharing – The 6 D’s of Transportation:

The true future of Uber is autonomous Cars. Today an UberX in Los Angeles costs me about $2 per mile. But the majority of the cost of my UberX ride is the driver in the front seat. Take out the driver and the cost drops 5 to 10-fold.

So there you have a glimpse of the future of autonomous cars. It’s an area that I am monitoring closely.

Iif you’d like to join me, and learn more about this area from a business perspective, it’s a subject I discuss with the entrepreneurs in my mastermind, Abundance 360. If you’d like more info, and to apply, you can do so here.