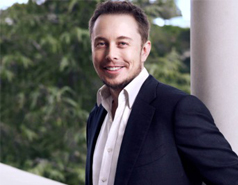 Quote
“When something is important enough, you do it even if the odds are not in your favor.” 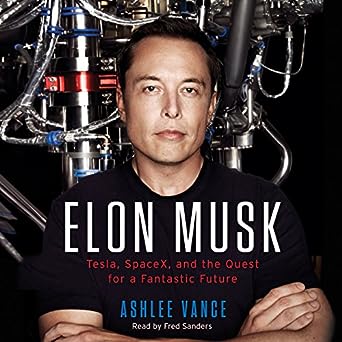 Elon Musk: Tesla, SpaceX, and the Quest for a Fantastic Future

Elon Musk: Biography of a Self-Made Visionary, Entrepreneur and Billionaire 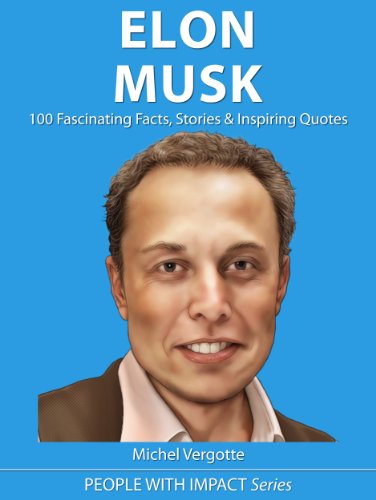 Elon Musk was born in South Africa, in 1971. His father was an engineer and his mother a nutritionist. An avid fan of computers, by the age of twelve Musk had written the code for his own video game, a space game called Blastar, which the preteen sold for a profit.

In 1995, at the age of twenty-four, Elon Musk dropped out of Stanford University after just two days of classes to start his first company called Zip2 Corporation. Zip2 Corporation was an online city guide that provided content for the new online versions of the New York Times and the Chicago Tribune newspapers. Musk struggled to keep his new business afloat, eventually selling majority control of Zip2 to venture capitalists in exchange for a $3.6 million investment.

In 1999, the Compaq Computer Corporation bought Zip2 for $307 million. Out of that amount. Elon Musk’s share was $22 million. Musk had become a millionaire at the age of twenty-eight. That same year Musk started his next company.

In 1999, Elon Musk started X.com with $10 million dollars from the sale of Zip2. X.com was an online bank, and Elon Musk is credited with inventing a method of securely transferring money using a recipient’s e-mail address.

In 2002, Elon Musk started SpaceX aka the Space Exploration Technologies. Elon Musk is a long-standing member of the Mars Society, a nonprofit organization that supports the exploration of Mars, and Musk is interested in establishing a greenhouse on Mars. SpaceX has been developing rocket technology to enable Musk’s project.

In 2004, Elon Musk cofounded Tesla Motors, of which he is the sole product architect. Tesla Motors builds electric vehicles. The company has built an electric sports car, the Tesla Roadster, the Model S an economy model four door electric sedan, and plans to build more affordable suncompacts in the future.

In 2006, Elon Musk co-founded SolarCity, a photovoltaics products and services company with his cousin Lyndon Rive.

Elon Musk Explains Why Tesla Solar Power Is So Cheap