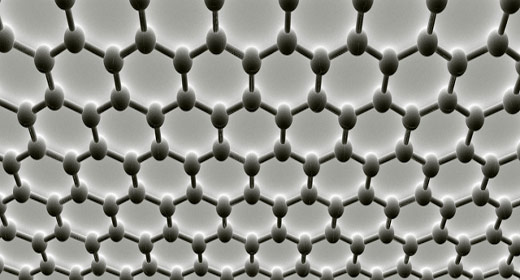 The researchers have developed lightweight “supercapacitors” that can be combined with regular batteries to dramatically boost the power of an electric car.

The supercapacitors which are made of a “sandwich” by solution processing and filtering electrochemically-exfoliated graphene sheets mixed with clusters of spontaneously entangled multiwall carbon nanotubes.

The film could be embedded in a car’s body panels, roof, doors, hood and floor – storing enough energy to turbocharge an electric car’s battery in just a few minutes.

The findings, published in the Journal of Power Sources and the Nanotechnology journal, mean a car partly powered by its own body panels could be a reality within five years, Notarianni said.

“Vehicles need an extra energy spurt for acceleration, and this is where supercapacitors come in. They hold a limited amount of charge, but they are able to deliver it very quickly, making them the perfect complement to mass-storage batteries,” he said.

“Supercapacitors offer a high power output in a short time, meaning a faster acceleration rate of the car and a charging time of just a few minutes, compared to several hours for a standard electric car battery.”

Dr Liu said currently the “energy density” of a supercapacitor is lower than a standard lithium ion (Li-Ion) battery, but its “high power density”, or ability to release power in a short time, is “far beyond” a conventional battery. “Supercapacitors are presently combined with standard Li-Ion batteries to power electric cars, with a substantial weight reduction and increase in performance,” he said.

“In the future, it is hoped the supercapacitor will be developed to store more energy than a Li-Ion battery while retaining the ability to release its energy up to 10 times faster – meaning the car could be entirely powered by the supercapacitors in its body panels.

“After one full charge this car should be able to run up to 500km – similar to a petrol-powered car and more than double the current limit of an electric car.”

Dr Liu said the technology would also potentially be used for rapid charges of other battery-powered devices. “For example, by putting the film on the back of a smart phone to charge it extremely quickly,” he said.

The discovery may be a game-changer for the automotive industry, with significant impacts on financial, as well as environmental, factors. “We are using cheap carbon materials to make supercapacitors and the price of industry scale production will be low,” Professor Motta said.

“The price of Li-Ion batteries cannot decrease a lot because the price of Lithium remains high. This technique does not rely on metals and other toxic materials either, so it is environmentally friendly if it needs to be disposed of.”

The researchers are part of QUT’s Battery Interest Group, a cross-faculty group that aims to engage industry with battery-related research.