Ed and Deb Shapiro How To Turn Fear Into Fearlessness

by Ed and Deb Shapiro:  What is it that can make us shake, can make the strongest man kneel or make a tiger back off? Why is it so debilitating whether the fear is real or imaginary? 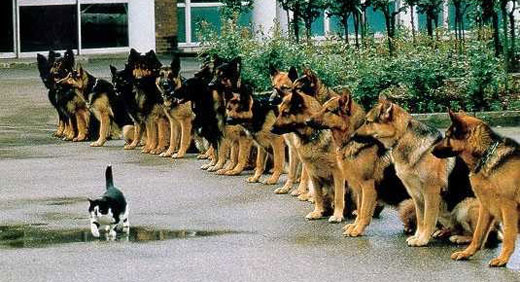 Fear has many faces, many disguises. There’s fear that is a natural response to physical danger, but there’s also self-created fear, such as fear of failure, of the dark, of being out of control, of being different, of being lonely. We fear being loving for fear we will be rejected, fear giving for we have not forgiven, fear being generous for fear we won’t have enough, fear sharing our thoughts or feelings in case we appear stupid. Such fears appear real even though they may have no real substance..

As long as we try to deny or ignore fear it will hold us captive, keeping us emotionally frozen, unable to move forward. When fear is in control we get angry, defensive, hidden behind self-constructed walls of protection, we become fearful of change, of love, of spontaneity, unable to appreciate beauty. Fear reinforces separateness and isolation; it creates loneliness and enmity.

Trying to run away from or stop fear simply creates resistance and more tension. This is transformed when we have the courage to turn around and face it, get to know it, surrender defenses, resistances and fixed ideas, sink into tender heartedness and vulnerability. By recognizing fear when it arises and just letting it be rather than reacting to it, we reduce its power and enter into fearlessness.

The crane was at the far end of the beach on the island of Rhodes in Greece. Weaving our way through the hundreds of glistening bodies basking on the sand we could see that it was in fact a bungee jump; 150 feet above us someone was getting ready to take a leap. We watched him dive, bounce back up and fall again until finally coming to rest a few feet above the shoreline.

Not for me, Ed thought, making the excuse that he had just eaten, while simultaneously knowing he was going to do it, that he had to confront his fear in this way.

The Austrian man in front of him on the line was nervous so Ed reassured him that all he needed to do was breathe deeply and he’d be fine. He was. He went up and jumped. Then it was Ed’s turn and up the crane he went.

“My knees started shaking, even though inside I was determined to stay steady,” he recalls. “When I stood on the edge of the platform with a large rubber band attached to my ankles, my body simply wouldn’t do it. There was no inner programming, nothing in my brain that recognized how to cope with this situation. Every time I tried to jump my body stood still. Nothing connected, I couldn’t move. All the fear I had ever known was there in that moment. I was terrified.”

People on the beach started chanting: “Jump! Jump! Jump!” Even the instructor was saying, “Now! Edward, jump now!” But he couldn’t move. It seemed like an eternity of minutes ticked by.

“Then something inside me began to soften, loosen and surrender, to let go of resistance, to release the fear, and I dove. Beneath the fear was an enormous reservoir of joy and I was lifted out of myself. It was awesome! I was fearless, utterly exhilarated. After that all I wanted to do was jump off bridges and mountain cliffs, to bungee everywhere! I eventually came down to earth but I hold that experience as a special moment of fearlessness.”

In the same way, sometimes we have to jump into the unknown with our eyes wide open without any reference points or familiar signposts, to step into a new place, to do things we never thought we could do.

As you feel fear rising, use your breath to keep open: breathe consciously while naming fear as fear. Say it softly. Watch what happens to your body as fear tries to take hold. As long as you keep the body open, stay aware and don’t forget to breathe, it will be very hard for fear to establish itself.

At the same time, while making friends with fear, let yourself go beneath it to find its source. What is triggering this desire to withdraw, contract, or close down? Keep breathing while naming and watching and going underneath or behind or into the centre of fear to find its source. There may be sadness, loss, inadequacy, tenderness. Keep going deeper. As you do, so fear will begin to move through you without stopping, without landing. You will be able to see it, know it and keep going beyond it.

Remember times you have met fear before and moved through it. So many times when fear arose but you kept going. Fear may close the heart but fearlessness comes by releasing resistance. Fear will stop you from facing your demons and participating fully in life, but fearlessness will give you the courage to jump off a crane into the unknown.

Where fear contracts, love embraces. Love embraces fear, can hold it like the sky holds the rain and wind. Love embraces your weaknesses and in the embracing them they develop into strengths. Love holds fear gently and transforms it into fearlessness. Love is letting go of fear.

Can you make friends with fear? Do comment below.

Award-Winning Authors Ed and Deb of Be The Change, How Meditation can Transform You and the World, are mindfulness, meditation and yoga experts. Deb’s new novel is: Merging: Women in Love  — what happens when you fall in love with the least likely person of the least likely gender? – and she’s the author of Your Body Speaks Your Mind, now in 19 languages. They have three meditation CDs. See more at EdandDebShapiro.com