NASA Spacecraft ‘Wakes Up’ Near Pluto, 2.9 Billion Miles From Earth 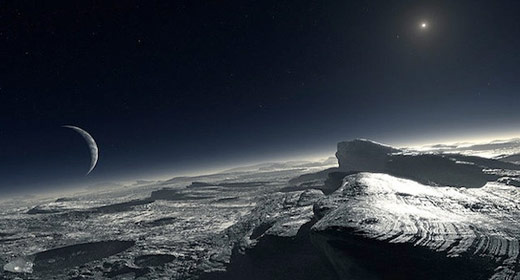 NASA’s New Horizons spacecraft came out of hibernation today for its long-awaited 2015 encounter with the Pluto system,” NASA announced in a statement on Saturday December 6.

New Horizons was launched on January 19, 2006, has since traveled 2.9 billion miles from Earth and is now within 162 million miles of Pluto.

“This is a watershed event that signals the end of New Horizons crossing of a vast ocean of space to the very frontier of our solar system, and the beginning of the mission’s primary objective: the exploration of Pluto and its many moons in 2015,” said New Horizons principal investigator from Southwest Research Institute, Alan Stern.

The radio signal? A special greeting and version of the Star Trek song “Where My Heart Will Take Me” recorded by English tenor Russell Watson, who had previously provided “wake up” songs to four other space shuttle missions.

“We are so very looking forward to turning this very fuzzy little image of a distant planet into something real. Our knowledge of Pluto is like our knowledge of Mars, 50 years ago,” adds Stern.

The crew is now inspecting the science instruments (including advanced imaging infrared and ultraviolet spectrometers, a space-dust detector, a high-resolution telescopic camera, and two powerful particle spectrometers) of the spacecraft to make sure everything is working properly before January 15, 2015, whenNew Horizons is scheduled to start observing the Pluto system.

The spacecraft is expected to complete its closest flyby of Pluto and its five known moons on July 14, 2015, but even before then, especially around mid-May, NASA expects to receive better images and recordings of Pluto that any human has ever seen before.

One of the project scientists Hal Weaver, of APL, concludes that “New Horizons is on a journey to a new class of planets we’ve never seen, in a place we’ve never been before. For decades we thought Pluto was this odd little body on the planetary outskirts; now we know it’s really a gateway to an entire region of new worlds in the Kuiper Belt, and New Horizons is going to provide the first close-up look at them.”