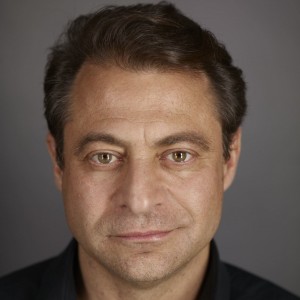 The Future Is Better Than You Think 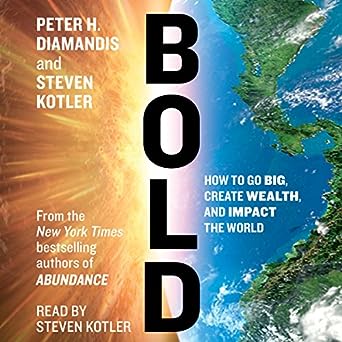 Bold: How To Go Big, Create Wealth And Impact In The World

Life Force: How New Breakthroughs in Precision Medicine Can Transform the Quality of Your Life & Those You Love

Dr. Peter H. Diamandis is an international pioneer in the fields of innovation, incentive competitions and commercial space.

In the field of Innovation, Diamandis is Chairman and CEO of the X PRIZE Foundation, best known for its $10 million Ansari X PRIZE for private spaceflight. Today the X PRIZE leads the world in designing and operating large-scale global competitions to solve market failures.

Diamandis is also the Co-Founder and Vice-Chairman of Human Longevity Inc. (HLI), a genomics and cell therapy-based diagnostic and therapeutic company focused on extending the healthy human lifespan. He is also the Co-Founder and Executive Chairman of Singularity University, a graduate-level Silicon Valley institution that studies exponentially growing technologies, their ability to transform industries and solve humanity’s grand challenges.

In the field of commercial space, Diamandis is Co-Founder/Co-Chairman of Planetary Resources, a company designing spacecraft to enable the detection and mining of asteroid for precious materials. He is the also Co-Founder and Vice Chairman of Space Adventures, the only company to have brokered the launches of private citizens to the International Space Station, and co-Founder, past-CEO of Zero Gravity Corporation providing weightless parabolic flights.

He has won multiple awards, including the first Heinlein Laureate, the 2010 Economist “No Boundaries” Innovator of the Year Award, the 2007 Arthur C. Clarke Award, the 2006 Lindbergh Award, the 2006 Neil Armstrong Award and first place in the Estes rocket design contest when he was an 8th grader.

Diamandis’ mission is to open the space frontier for humanity. His personal motto is: “The best way to predict the future is to create it yourself.”

Trillion-Sensor Economy: the Ability to Sense and Know Anything, Anytime, Anywhere

Global Gigabit Connectivity—Connecting Everyone & Everything, Everywhere, All The Time

Digitized To Democratized: These Are The 6 Ds Of Exponential Technologies

The Dangers Of Cognitive Bias