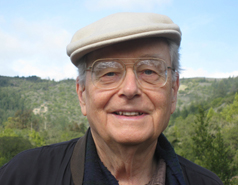 The Life Cycle Of The Human Soul

Ralph Metzner, Ph.D. who has a B.A. in philosophy and psychology from Oxford University and a Ph.D. in clinical psychology from Harvard University, has been involved in the study of transformations of consciousness ever since, as a graduate student, he worked with Timothy Leary and Richard Alpert (later Ram Dass) on the Harvard Psilocybin Projects.

He co-wrote The Psychedelic Experience, and was editor of The Psychedelic Review. During the 1970s, Ralph spent 10 years in the intensive study and practice of Agni Yoga, a meditative system of working with light-fire life-energies. He wrote Maps of Consciousness, one of the earliest attempts at a comparative cartography of consciousness; and Know Your Type, a comparative survey of personality typologies, ancient and modern.

He was the Academic Dean for ten years, during the 1980s, at the California Institute of Integral Studies, where he taught courses there on “Altered States of Consciousness” and “Developing Ecological Consciousness.” He is now Professor Emeritus. He maintains a part-time psychotherapy practice, and conducts numerous workshops on consciousness transformation, both nationally and internationally.

His books include The Well of Remembrance, The Unfolding Self, Green Psychology, and two edited collections on the science and the phenomenology of Ayahuasca and Teonanácatl.

Entheogenesis – Toward An Expanded Worldview for Our Time

Learn To Understand and Navigate Your Consciousness With Ralph Metzner

Q and A with Ralph Metzner At CIIS – On Cannabis Prohibition

Perspectives On The Current Global Crisis: A Conversation With Ralph Metzner